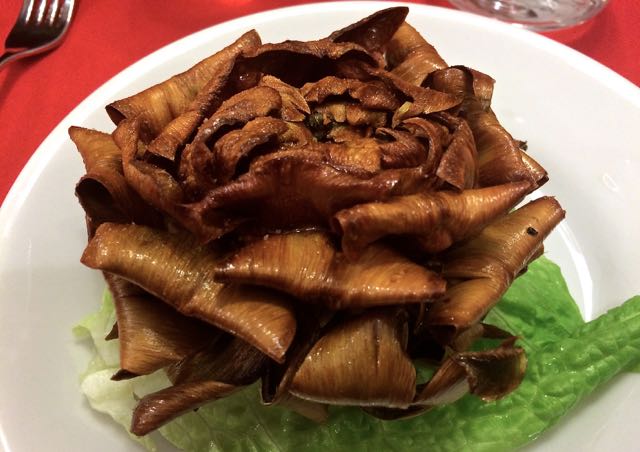 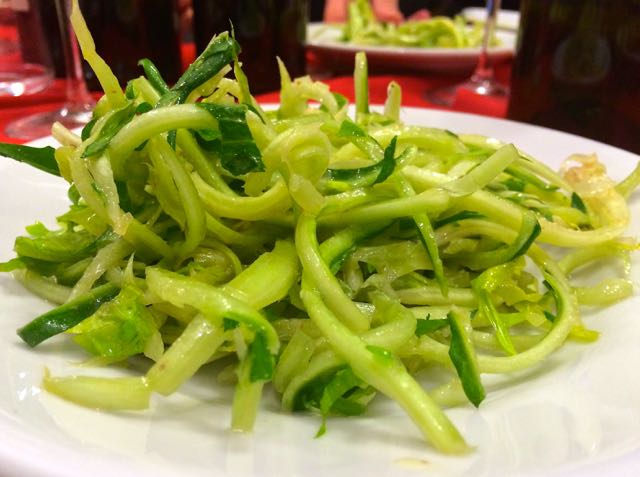 This past weekend was action packed. We had houseguests and there were some major demonstrations that shut down most of central Rome for most of Saturday afternoon. It was also a few days of ridiculously pretty sunny skies and a flurry of activities organized for a group of visiting bloggers from Florence.  Friday night I joined in on the fun that began with a very lively aperitivo hour and the Beehive. As dinner hour approached we piled into taxis and headed to  the Enoteca Provincia Romana - Terre e Domus.


The very organized Gina had the forethought to plan a fixed menu for the large group which meant no time was lost looking at menus and deciding on dishes and we went straight to work on bottles of Lazio wines and putting faces to twitter and Instagram handles.

Soon the Romans were explaining to the visiting Florentines some of the seasonal Roman delights like fried artichokes and crunchy puntarelle.  The new chef has put a new spin on the most classic of dishes. The artichokes are a mix of the mentuccia stuffed alla Romana style that is then deep fried all Guidia style. There was gnocchi cacio e pepe which was presented with a pepper mill that had only a few peppercorns inside. A quick aside about the pepper that was used on our cacio e peppe. Our end of the table was skeptical about how special could ground pepper be? I can report that Sarawak peppercorns from Malaysia are really something extraordinary. The traditional guianciale and tomato based Amatriciana topped very non-traditional pacheri pasta.  Polpette di bollitto were wrapped in radicchio and then baked, which created a wonderful slightly bitter crunch to the sweet and battered meatball.  Dessert was a plate of biscotti including my favorite just barely sweet ciambelle al vino.

The Enoteca is run by the local province and serves only seasonal and traditional products from Lazio. It also sits above an extraordinary Roman era house that is one of Rome's best kept secrets. 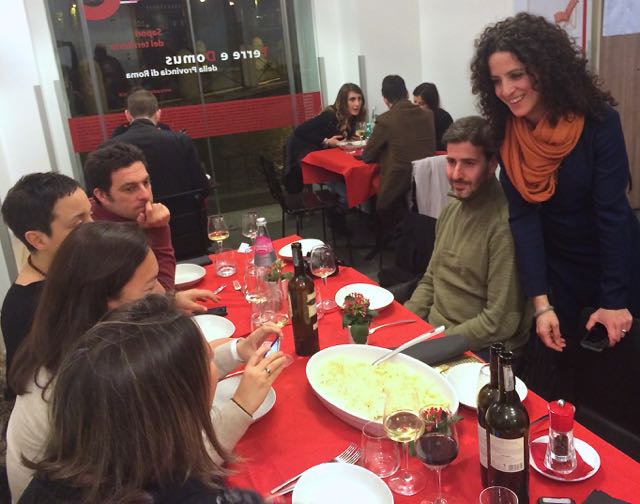 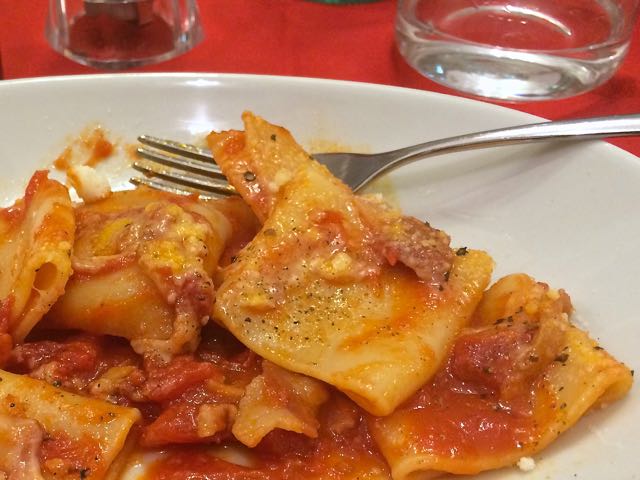 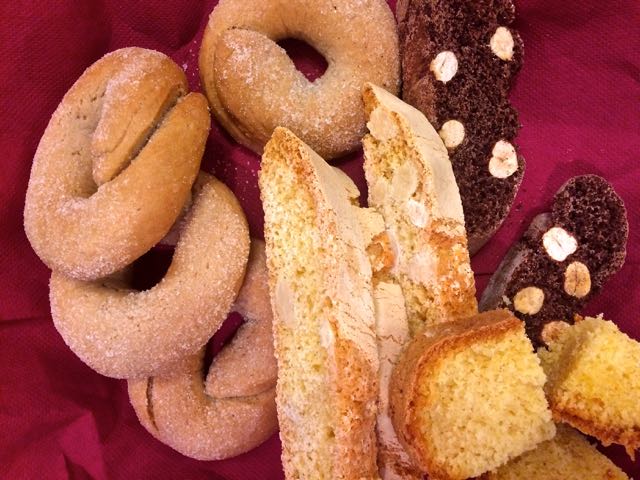