How to plan a Birthday Weekend in London 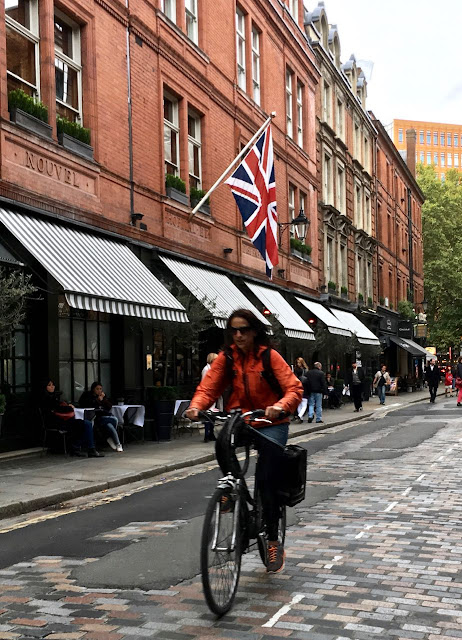 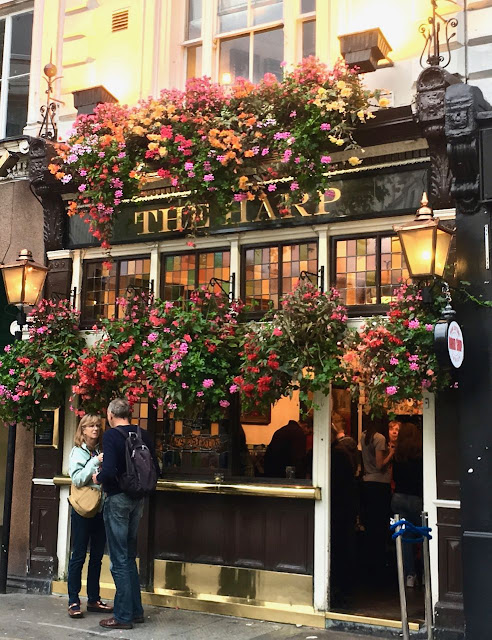 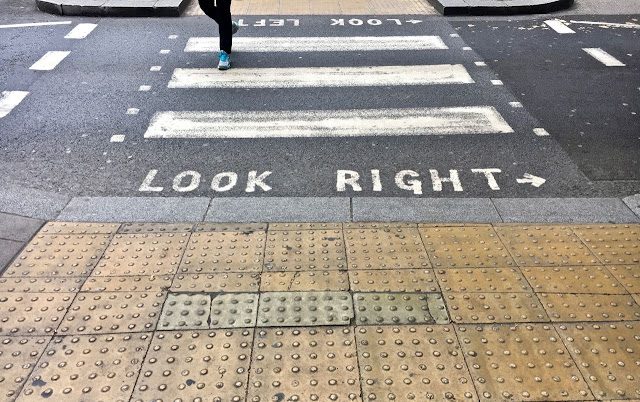 50 turns around the sun. A half a century. I am still letting that sink in. It is a long time to have been alive. To celebrate this milestone I decided to spend a few days in a place that I have a long history with. London is a city where I have been a teenager, a college student, a young bride, and a new mother. It is where I left from to go live in both Niger and Zimbabwe. It seemed like it should be the place to launch the next few decades too. Here is my guide for a weekend in London. Whether you have something big or small to celebrate. 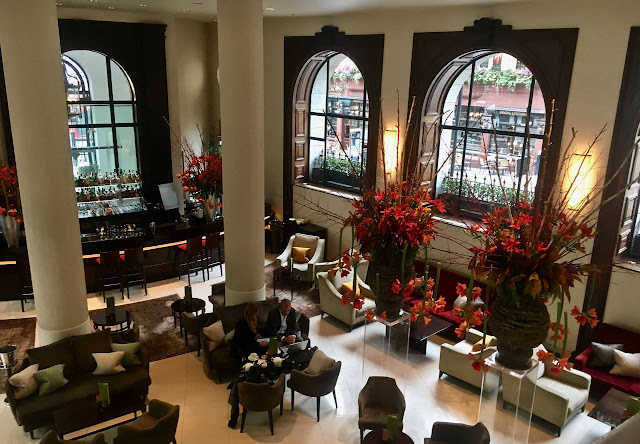 
I asked some of my best London based Instagram pals for advice and they pointed me to the One Aldwych Hotel in Covent Garden. I toyed with staying in a trendier part of town, but I was so happy that I chose to be in a part of London that I know quite well. We walked almost everywhere for the four days we were in town and it was such a luxury to be able to pop in and out during the day instead of having a long trek across town. This understated hotel is long on thoughtful details. From Frette linens and showy flower arrangements to a special device that wrings out your swimsuit so it’s dry enough to pack. Our room looked over the Strand towards the Thames but was absolutely silent. So the best of both worlds. The lobby bar is a popular London spot and Saturday evening pre-show cocktails at the bar was a lively way to begin the evening. Two of the top cocktail experts are Italian so we had great conversation in addition to creative and delicious drinks. 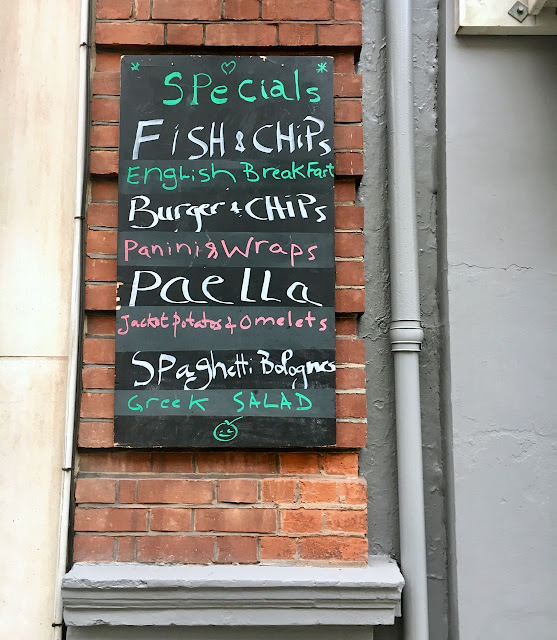 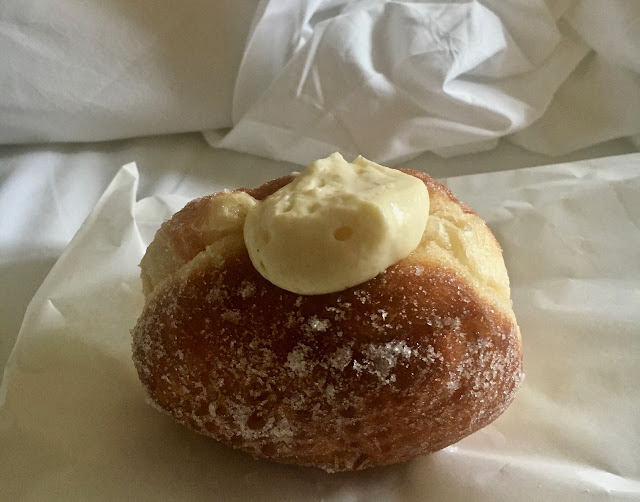 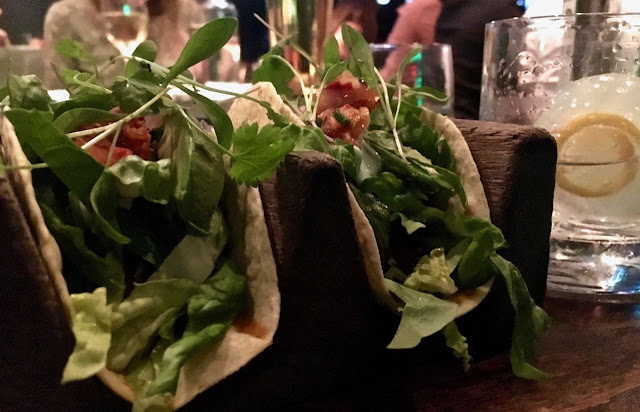 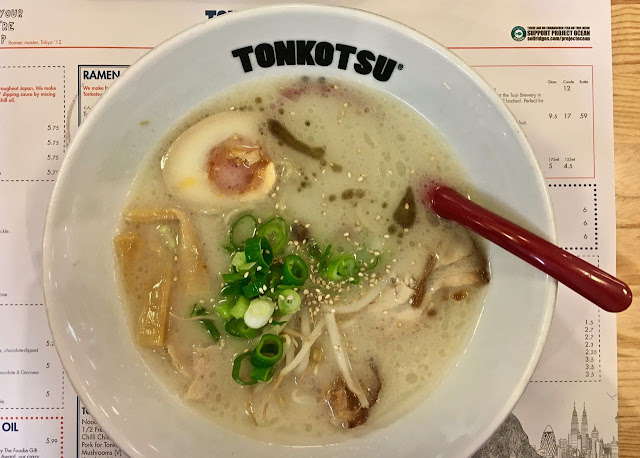 I spend a lot of time before I go on a trip thinking about and researching what and where to eat. I usually start with planning lots of lunches and dinners at fancy places with awards and stars and slowly as the trip gets closer and closer just wanting giant bowls of ramen and plates of spicy noodles. Oh, and doughnuts.

If you spend any time on Instagram you have likely seen the sugary, cream-stuffed, legendary doughnuts from Borough Market. For this trip, I was all set to wake up early and make the trek east and join the queue for one of Justin Gellatly’s creations. In the end, I didn’t even have to leave my room. Bread Ahead has just recently opened a branch near Covent Garden in Seven Dials and Mark agreed to make a stop on his early morning run. They really are as good as every breathless article and social media post.

On the first night after we checked into the hotel we walked over to Soho and had dinner at the show chef headed Jinjuu. I was swayed by the online menu of small plates of Korean tacos and fried chicken with hopes of a Meyers + Chang like concept. My white rice negroni cocktail made with gentian root liqueur was perfection and might be my favorite drink the trip. We enjoyed almost everything we ordered with the exception of the much-lauded Sae-Woo pops which was kind of just fried and bland. I would recommend going earlier in the evening or for lunch. The music got turned up at 9pm and was at a volume that made my teeth shake.

There are a few of this particular Ramen scattered shop all over London. I picked this one to combine two things I love into one. The food hall at Selfridges and an enormous bowl of creamy, spicy, Tonkotsu Ramen and a cold draft beer at the bar.

One of my big dining decisions was between Dim Sum or a proper Sunday roast. I came down on the side of traditional given that virtually every other meal we had planned was Asian. I booked our table about two weeks before on the Open Table app and made a note that it was for my birthday. From the moment we arrived until we put our coats back on every single person wished me a happy birthday. We began with a drink at the bar. I picked the signature Shaky Pete’s Ginger Brew, which is an icy, gingery mix of gin and beer. The Sunday Roast is a plate piled with rare slices of roast, potatoes and veg and the essential Yorkshire pudding come with silver servers of hot gravy and horseradish. It just might be the best deal in London. For dessert, I ordered the house-made salted caramel Rolos, which was presented with a candle and a beautifully decorated plate and not one note of a song.

I have to admit we ate here because it was open and close to the hotel. The concept is communal tables, which I don’t love in principle, but it worked out just fine. The three dishes we ordered were excellent. All very well balanced between spicy and sweet and salty. We split an enormous portion of Tom yam goong, a green curry and an avocado and mint salad that I am determined to recreate. 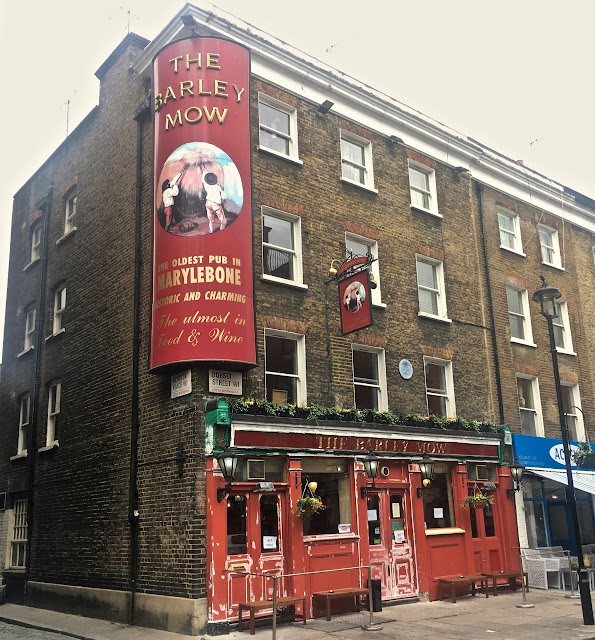 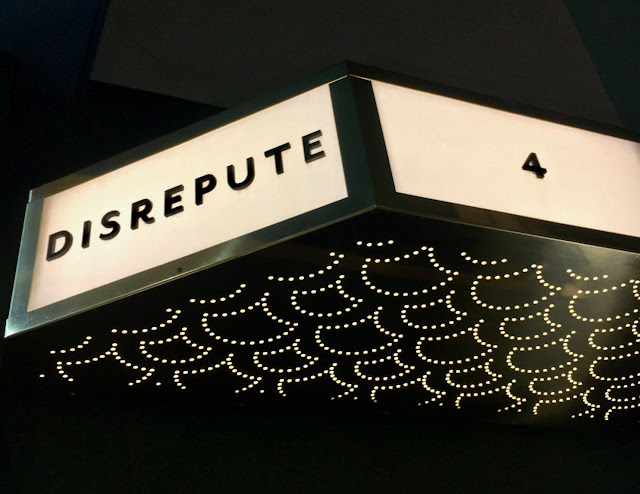 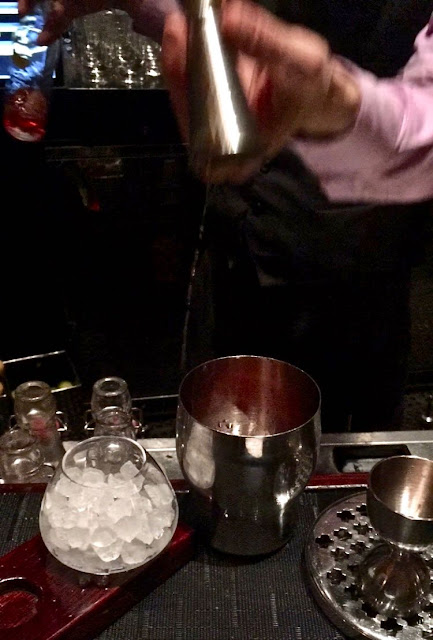 We had some time to kill before our dinner reservation so I googled best cocktails in Soho and Disrepute was the top hit and a 2-minute walk. This place is seriously hip. Too hip for us, but I loved everything about it. It’s in a tiny space deep underneath Carnaby street with lacquered ivory walls and lots of green velvet. The drink menu is a series of short stories that you are instructed to read and choose your cocktail from the one that speaks to you most strongly. I chose The Welder’s Apprentice with its description of smoke and mystery.

At the complete opposite end of the spectrum from Disrepute is the upstairs bar at Rules in Covent Garden. Decorated with lots of wood and oil paintings of hunting dogs this is old fashioned English style. We settled into our red velvet banquet and ordered a refreshing whiskey long drink bright with citrus and an excellent rye old fashioned. The gin martini is served icy cold and stirred not shaken.

This cozy pub in Marylebone was once a place where local farmers would come to pawn their goods and there are still the low walled snugs that provided privacy for their transactions and today are perfect for canoodling, or like on the afternoon we stopped by a decidedly less romantic staff meeting. 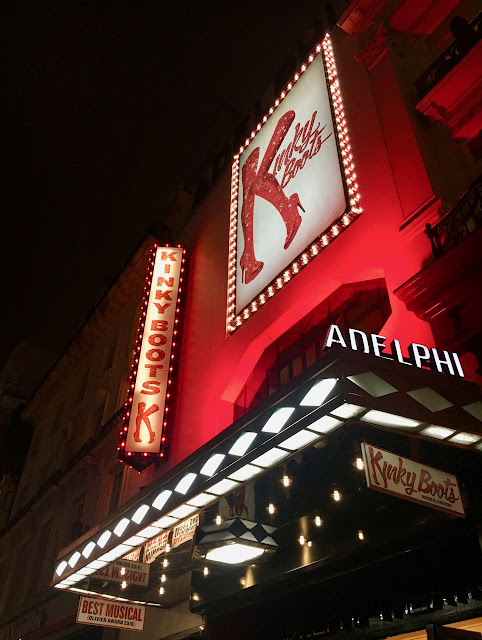 We hadn’t planned to see a West End show on this trip but when we passed the Adephi Theatre on Saturday afternoon we impulsively asked at the Kinky Boots box office what seats they had left for the night and there was a private box that we booked on the spot. We had an incredible view of the stage and over the orchestra pit, which I had a hard time not watching too! My high school prom date, who also has an October birthday is an integral part of the Kinky Boots team, so it was an even sweeter celebration.

Arthur Jaffa
Love is the Message, the Message is Death
Until 10 December 2017

We have a Biennale art march coming up in November so we didn’t dive into the Frieze art fair, but I did one quick visit to an event across from the hotel on at The Stores at 180 the Strand. There is an Anish Kapoor and a long running length of wallpaper by Ai Weiwei and a pretty cafe with views of the Thames. I came for the Arthur Jafa and watched the searing 7-minute video loop run 3 times. 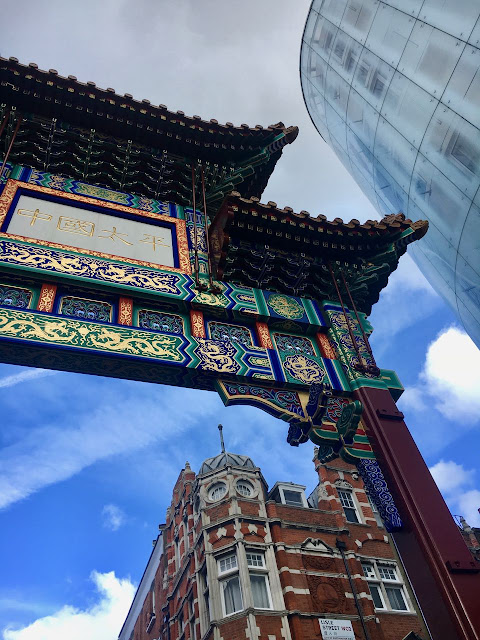 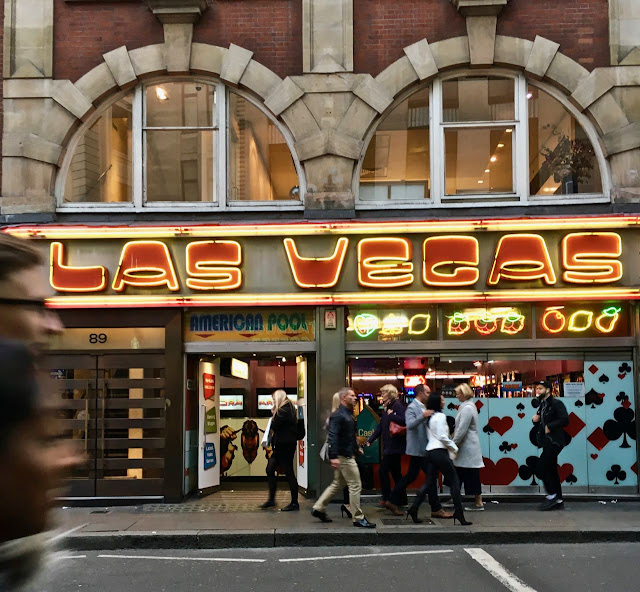 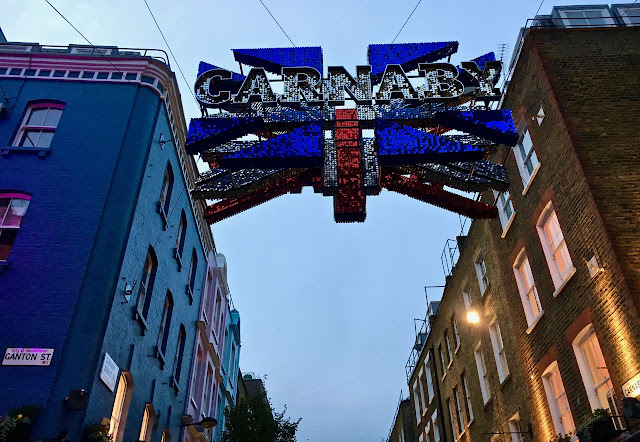 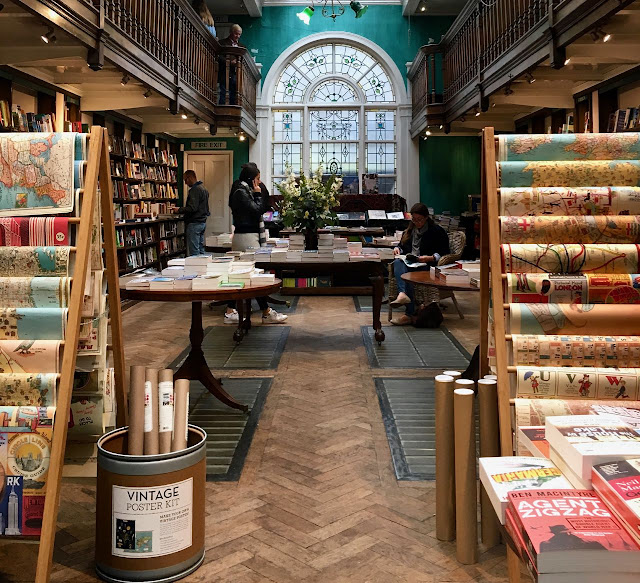 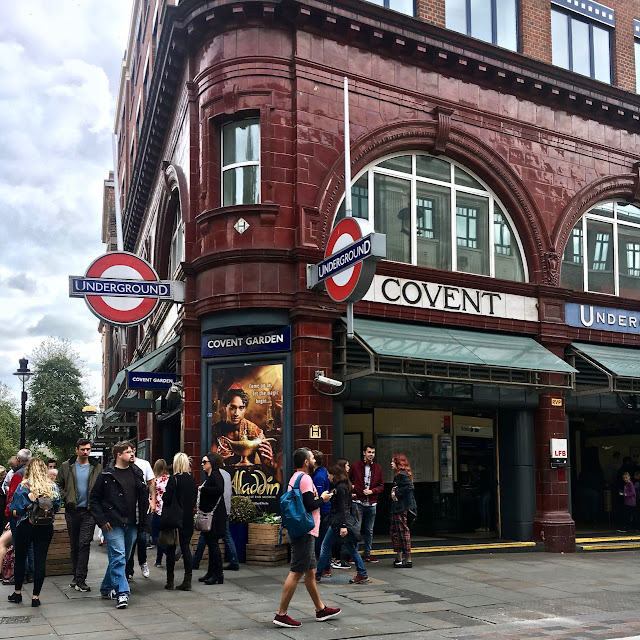