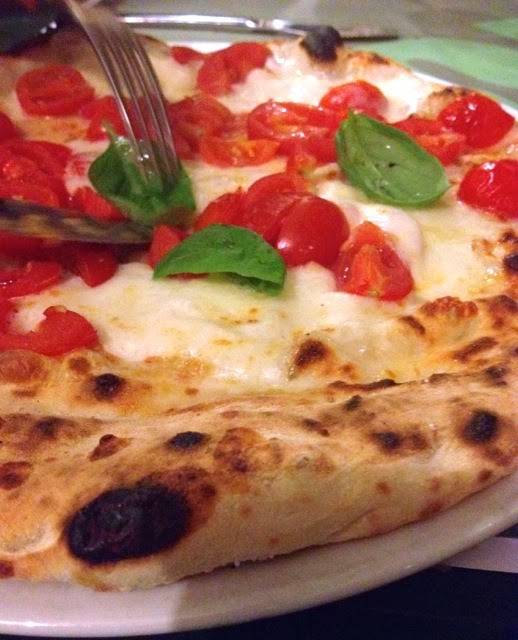 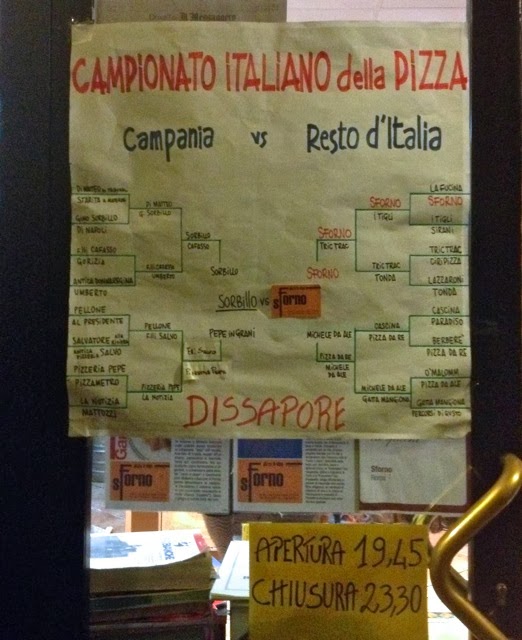 Normally when we have pizza it's a Sunday night and Mark goes across the street to alle Carette and brings home a few takeout boxes of margherita and diavola that we eat while catching up with John Stewart's The Daily Show.


Last week my friend, the very talented Kelly Medford opened her studio doors for us to come and see what she had been working on. All kinds of people that I never get to see were also there.  Instead of heading to our separate corners of Rome we struck out on the Tuscolana and tried the most talked about pizza in Rome, Sforno pizzeria.
Summer is lingering this year in Rome, so we were able to sit outside and order tall glasses of cold beer and plenty of fried things to start. The onion rings were particularly wonderful.  So wonderful I forgot to even take a picture.

The crust at Sforno has a long 72 hour rise and leans toward a Neapolitan style puffy crust, but without the soupy center. There are creative choices, like cacio e pepe and the Greenwich topped with stilton, but our large table stayed with the traditional.

Sforno is outside the center of Rome, but is easy to reach on the A line metro and is run by the same team behind 0100 in Testaccio. 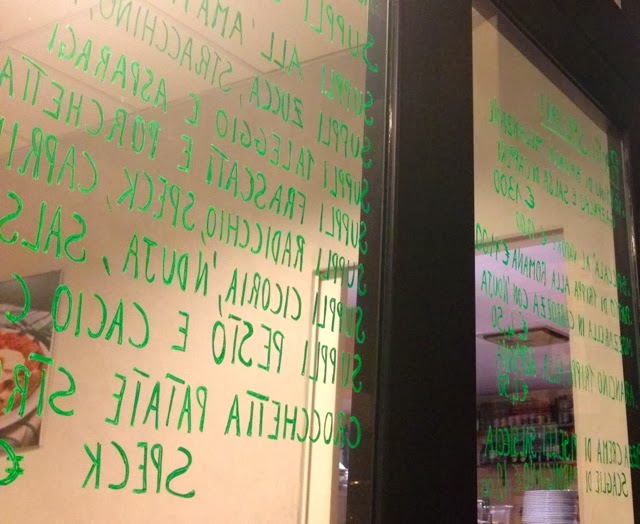 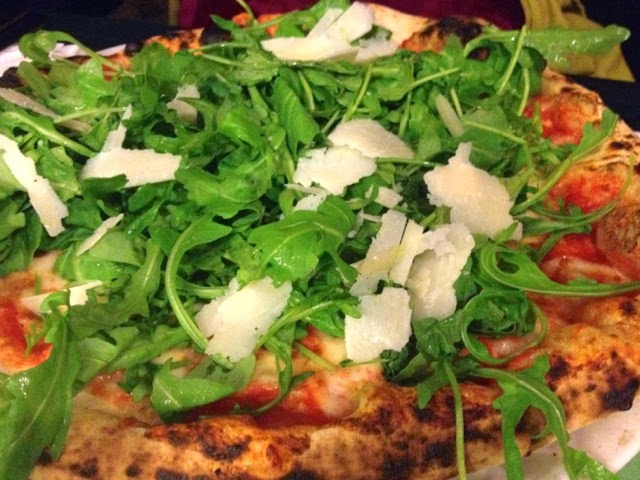