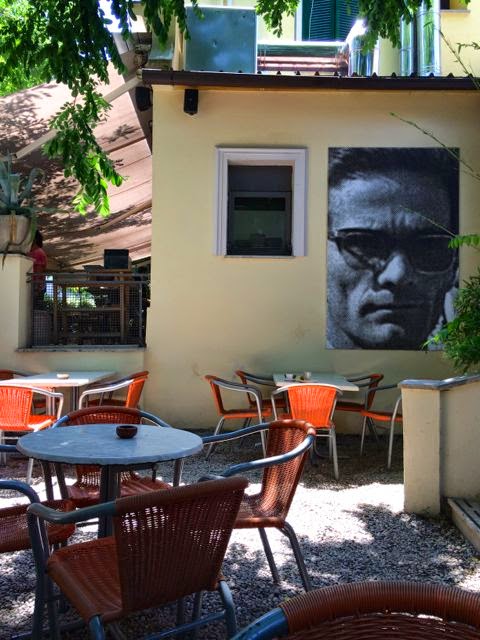 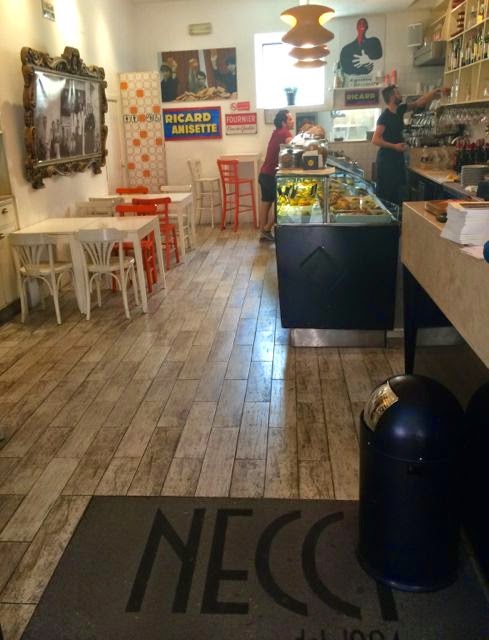 The Pigneto neighborhood is inexorably linked with the filmmaker and poet Pier Paolo Pasolini. Nowhere more so than Bar Necci.

Pasolini lived above the Bar Necci while he was filming Accattone in Pigneto in 1961 and it features prominently in the narrative of the film. His presence is still felt there today with photographs and his books and films for sale at the bar.

I was not there for a film history lesson though, I was there to meet some friends for lunch. Bar Necci is an oasis of calm in chaotic Rome. It was a sweltering day and the shaded garden was a breezy respite from the heat of the day.


We sat under shady trees and drank cold white wine while we perused the menu which changes daily. Cold octopus salad and a green bean, pesto and pasta plates are what my pals ordered in deference to the heat. I spied a hamburger with fries and homemade ketchup and knew I had to see how it measured up.

Well cooked and juicy, the burger is a winner. I am usually a skinny fries kind of girl but I have to say the thick cut fries were awesome. They were crispy on the outside, fluffy on the inside and I would eat anise spiked ketchup with a spoon.

Refreshed and well fed, now my interest was peaked so I have dug out some Pasolini dvd's to watch this weekend.

Are you wanting to know more about Pasolini now too? Head to the Palazzo delle Esposizone for the Pasolini Roma exhibit or explore this incredible interactive map. 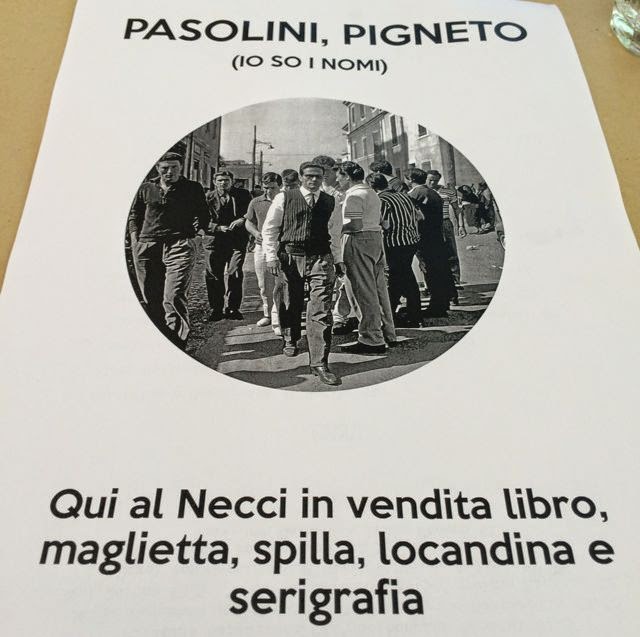 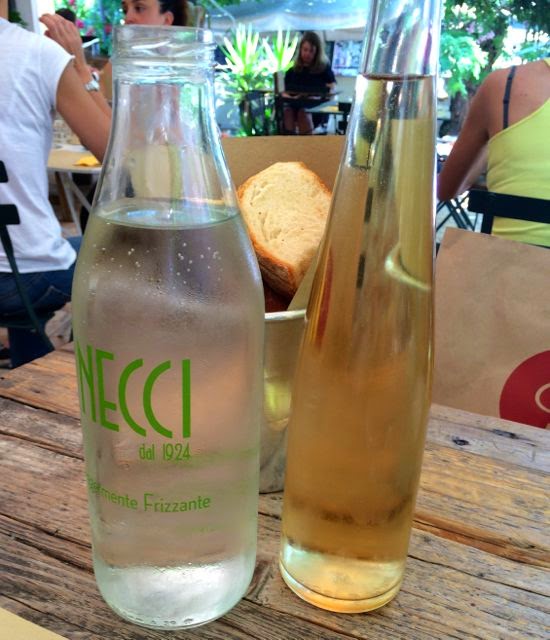 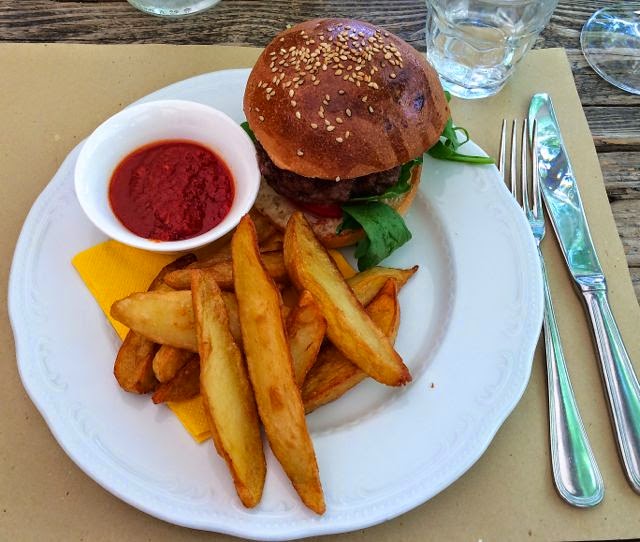 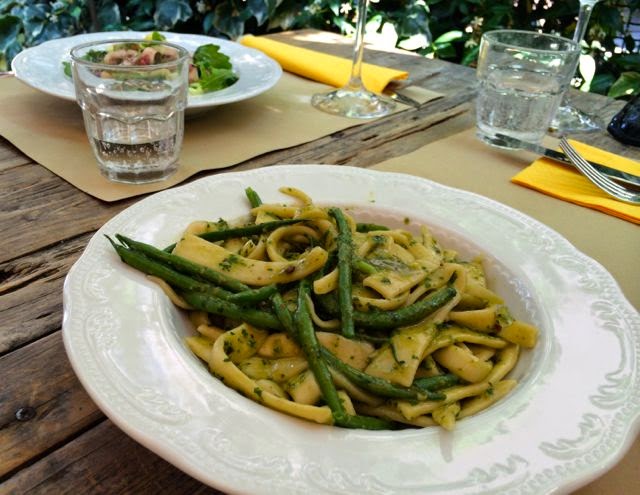 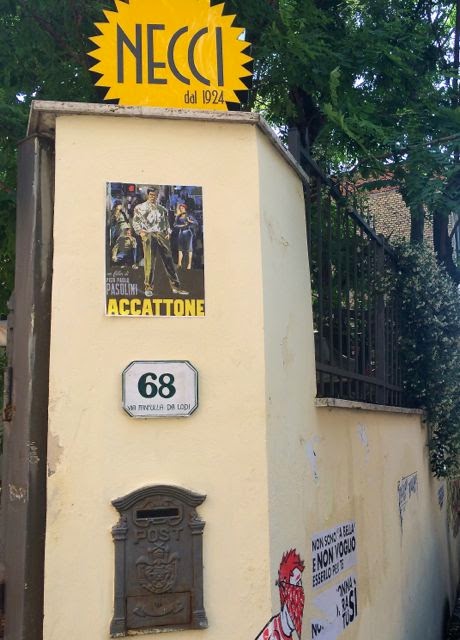