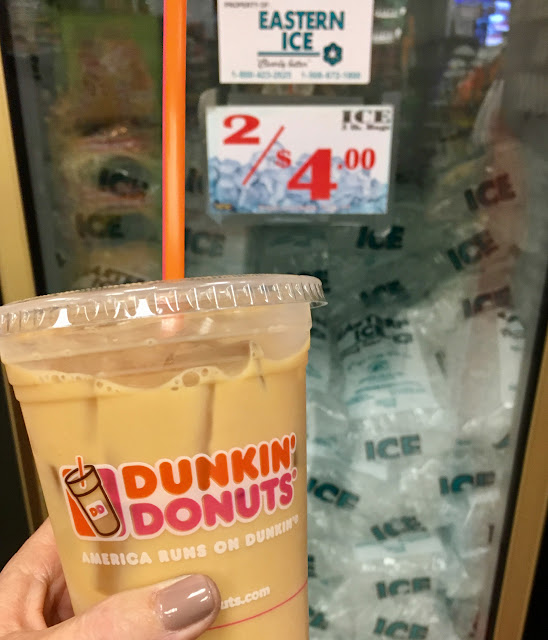 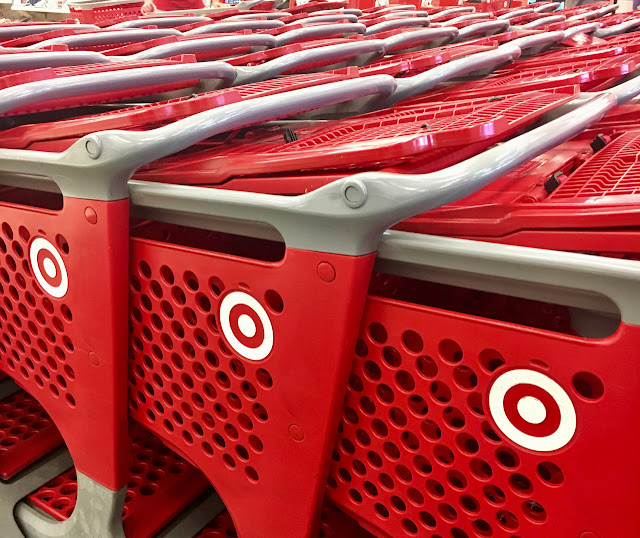 One of the hallmarks of expat life is the bi-annual home leave. If you are not familiar, a home leave trip the most important thing to know is that it is less vacation than flurry of bureaucratic paperwork, Target shopping sprees, too short visits with family and friends and as much Ramen, tacos, donuts and iced coffee as I can possibly eat in a few weeks. Imagine trying to squeeze in two years of life back home into 19 days and you start to get an idea of the pace.

We have been doing this for close to a quarter of a century so we are pretty good at it. We managed to see our parents, all of my brothers, lots and lots of friends, get our drivers licenses (in two separate states) and still have time for a few days on Cape Cod and in New York City and see a Sleeping Lion show.  Here is a brief visual guide to our whirlwind trip. 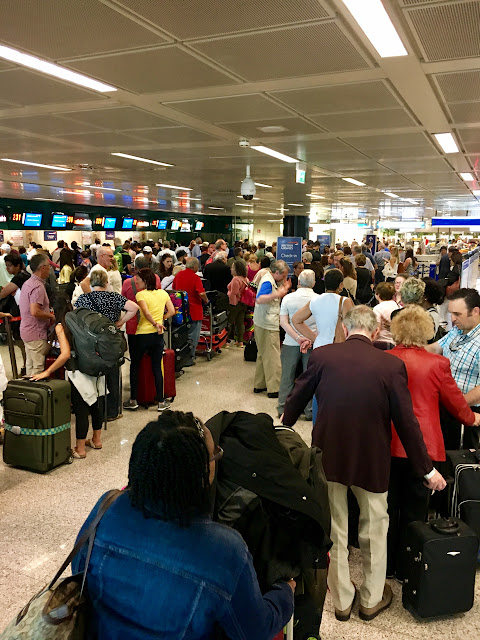 I have flown Aeroflot in the 1980's, ridden in bush taxis across the Sahel with livestock and this trip with British Airways out of Rome's Fiumicino Airport was absolutely the very worst journey of my traveling life. The short version is it took us 48 hours to get from Rome to Boston. 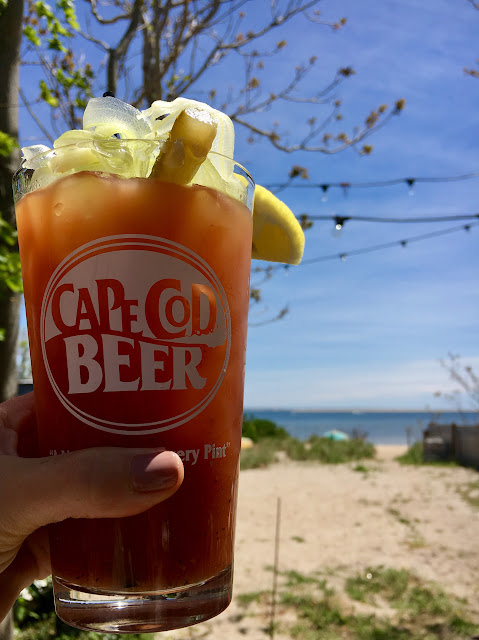 The beachside Bloody Mary's and breakfast sandwiches at The Canteen in Provincetown were extra delicious after our epic journey (and 2 am drive to the Cape.) 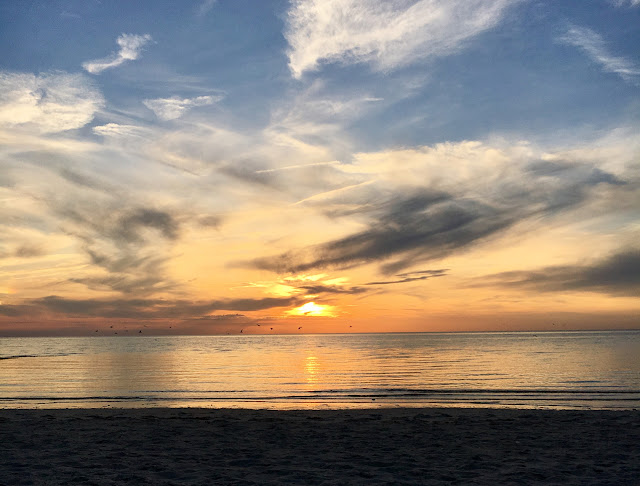 The last time we watched a sunset at Skaket Beach the ocean was frozen over! On this trip we could sit in the sand and make plans for lobster rolls at The Knack, iced coffee at Hot Chocolate Sparrow and a day exploring Cape Cod Seashore and the super cute town of Chatham. 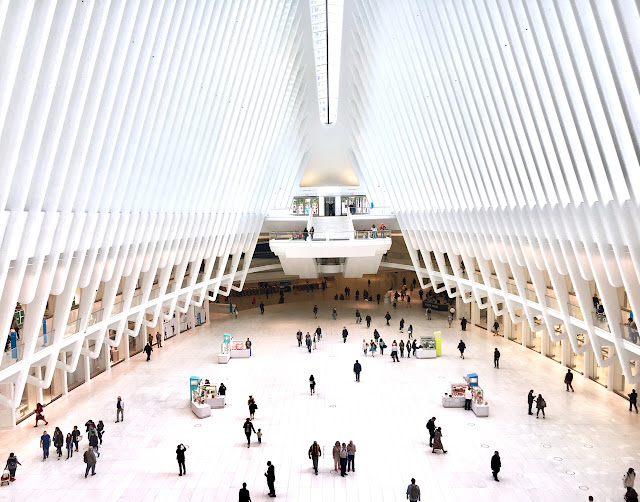 In New York City we stay way up town in Hudson Heights. We took the magical A train all the way downtown to visit the very Instagrammable Oculus. Then we walked over to Battery Park City to Hudson Eats where we got Black Seed bagels and sat by Hudson river. 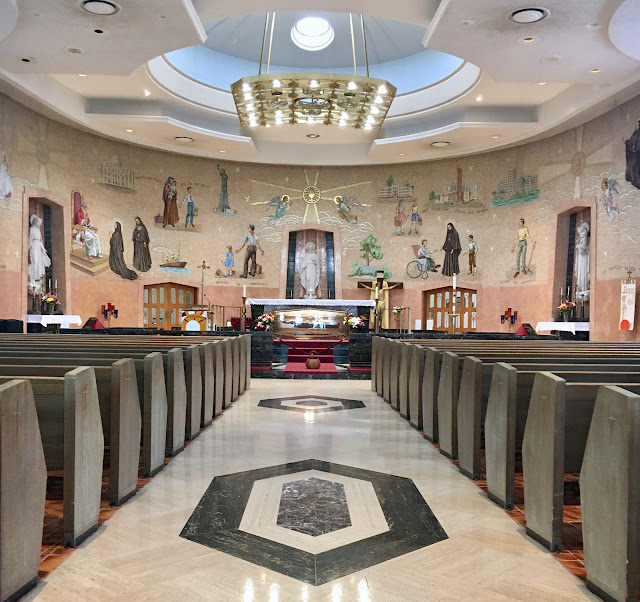 You know I love a relic! When I found out that less than 10 minutes away from where we were staying there was a shrine to an American saint I had to visit. Frances Xavier Cabrini is the patron saint of immigrants and her mid-century church with mosaics that tell her life story are now one of my favorite things in New York City. 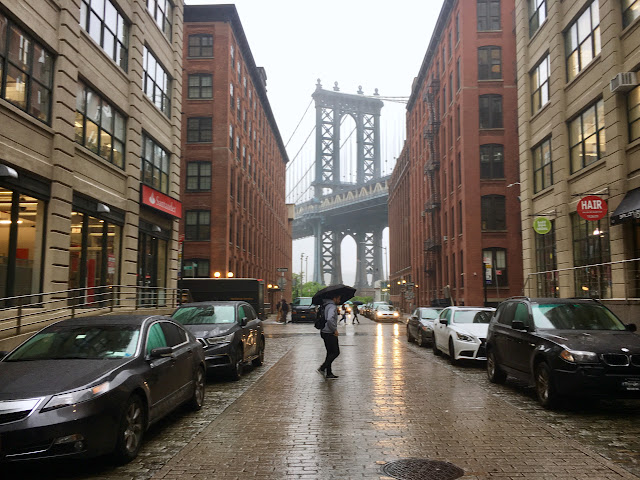 Two of our oldest pals live in the Brooklyn neighborhood of DUMBO. Unfortunately the ridiculously rainy weather kept us from enjoying Brooklyn Bridge Park but we stayed dry with stops at 68 Jay Street Bar for IPA's and Juice Press for Ginger Fireballs. To chase away the chill we found a spot for a bowl of hot and spicy ramen. 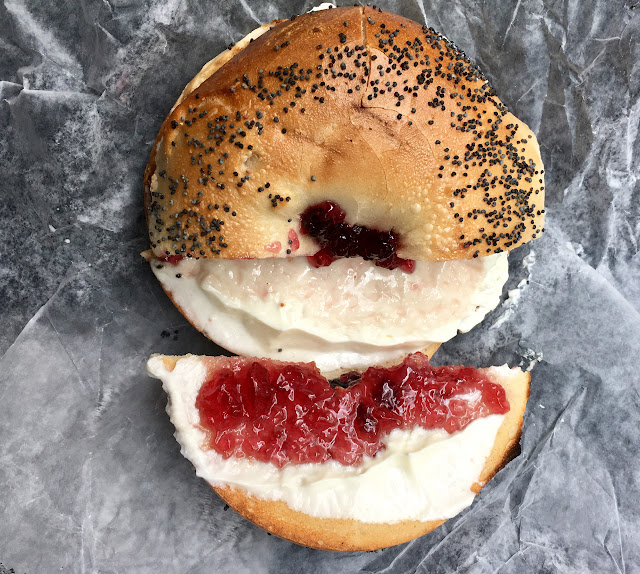 I have to say I prefer a bagel from Mikes Bagels near the George Washington Bridge than one from pretty much anywhere else. 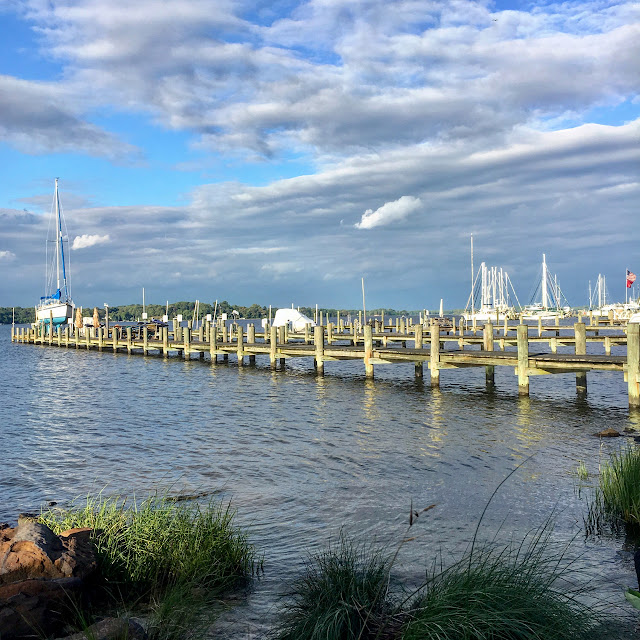 We spent Memorial Day weekend by the Magothy river on the Chesapeake Bay with my college roommate. There was lots of rose and late night catch ups with dogs at our feet. 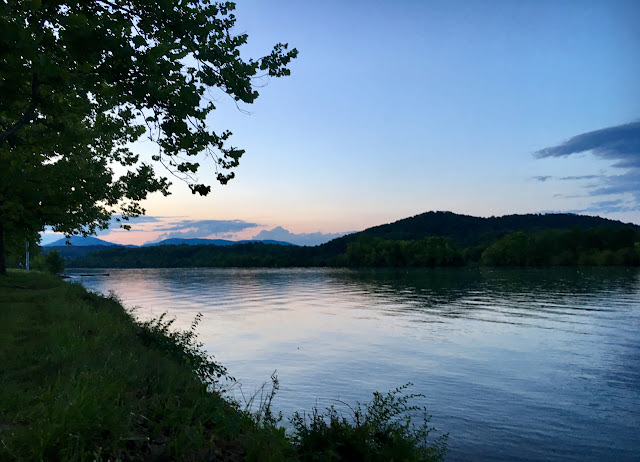 Next up was a few days in Tennessee where we watched lakeside sunsets, ate pizza at Big Eds, BBQ at Buddy's had more than one lunch at Chik-Fil-A and drank gallons of sweet tea on my mothers back porch. 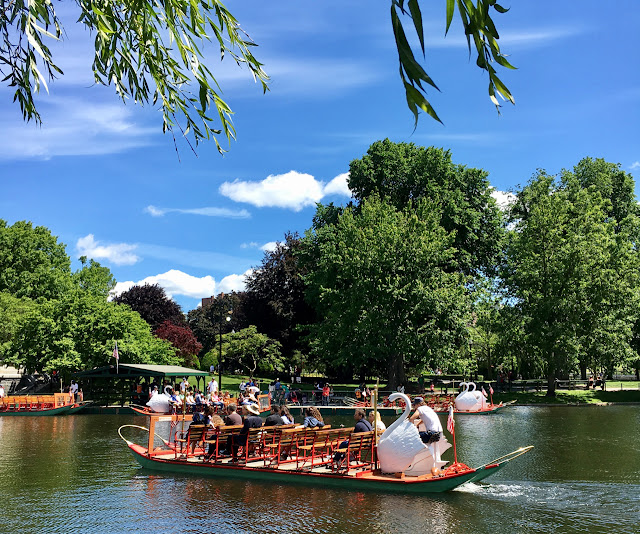 Back up north to Boston. We spent Mark's last full day in America with Noah's pals eating avocado toast at Tatte Bakery on Beacon Hill. After brunch we spent the afternoon along the Charles River Esplande and still did not take a Duck Boat tour or a ride on a swan boat. 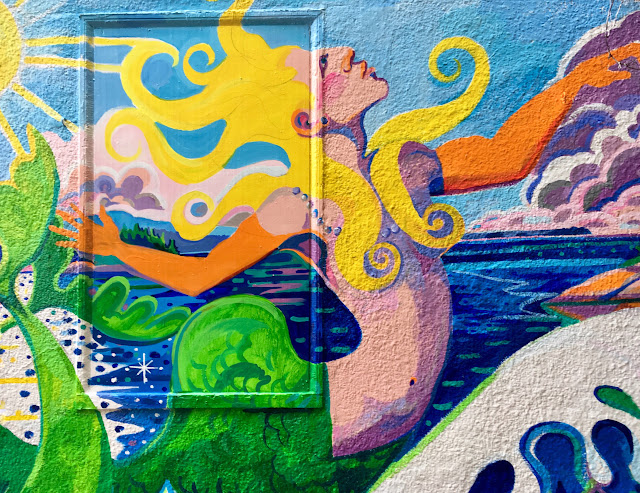 Since we lost almost all of the time we had originally planned to spend in Boston due to airline snafus I extended my time by a few days and got to spend a chilly gray day across the Charles river in Cambridge with a pal cafe hopping and boutique and book shopping. Who needs sunshine when you can split a Harvard Square at Burdick's , find the perfect vintage Hawaiian hostess dress at Oona's and browse the Harvard Book Store 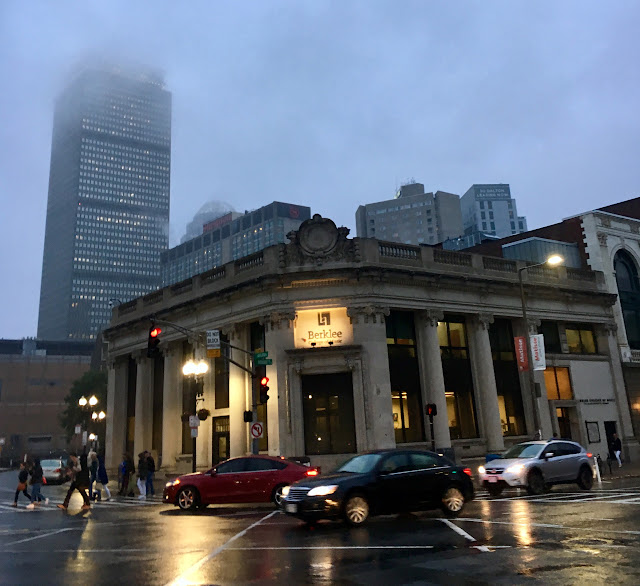 Literally winter temperatures in Boston! (Winter in Rome that is. I think that 9 degrees Celsius in June is legitimately cold) Noah and I spent  morning at the MFA with sun soaked Matisse paintings and a lovely Botticelli show. For lunch we got grain bowls at the brand new Num Pang in the Pru. 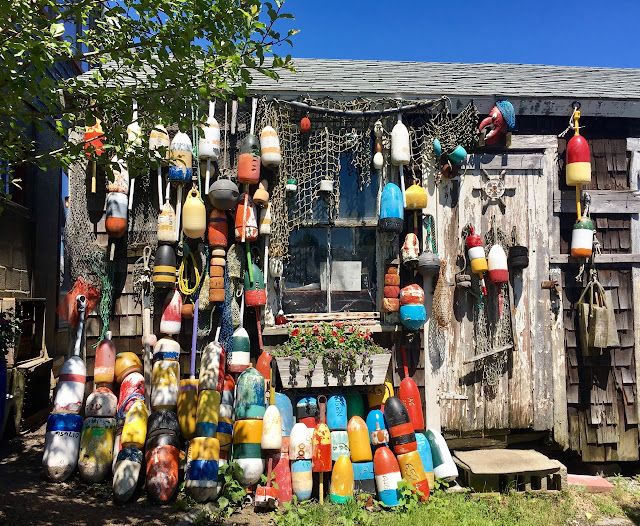 The sun came back and I hopped in my Instagram pals convertible and we headed north. Our first stop was for clam chowder, lobster rolls and fried clams at Woodman's of Essex. Next we spent a few hours in Rockport snapping the famous Motif #1 in the harbor and drinking wine next to crashing waves at My Place by the Sea. 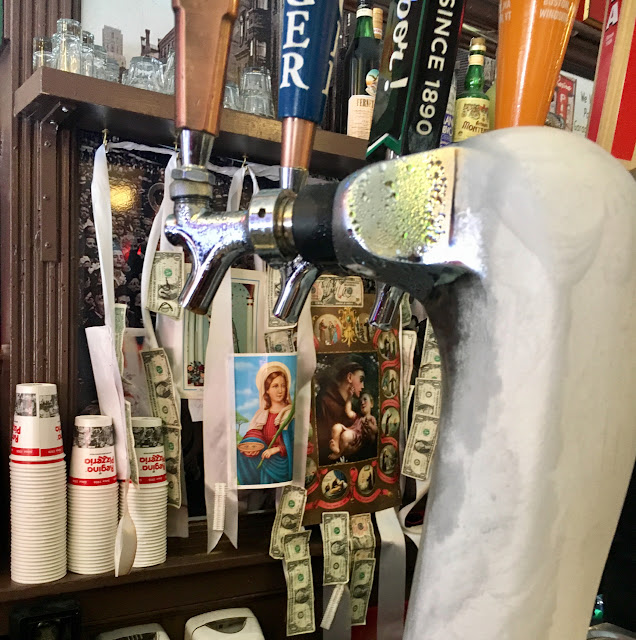 I woke up early and took the T downtown and began my day with a Vietnamese coffee donut from Union Square Donuts at the new Boston Public Market before I wandered around in the North End. This is Boston's oldest residential neighborhood and also full of Italian heritage. I sat at the bar at Regina Pizzeria and ordered a draft Harpon IPA and a slice of pepperoni that I enjoyed under the watchful eyes of Santa Lucia and San Giuseppe. 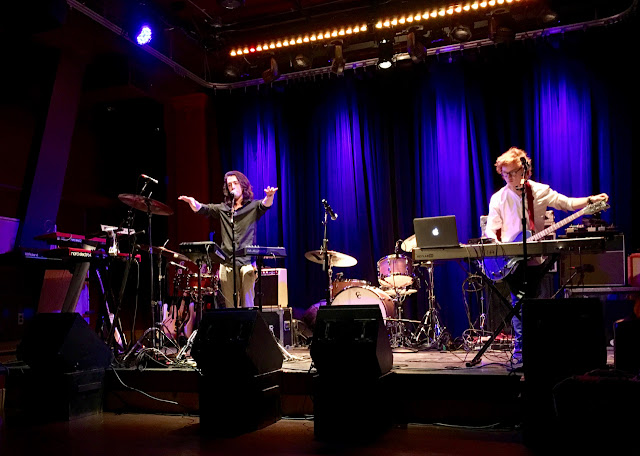