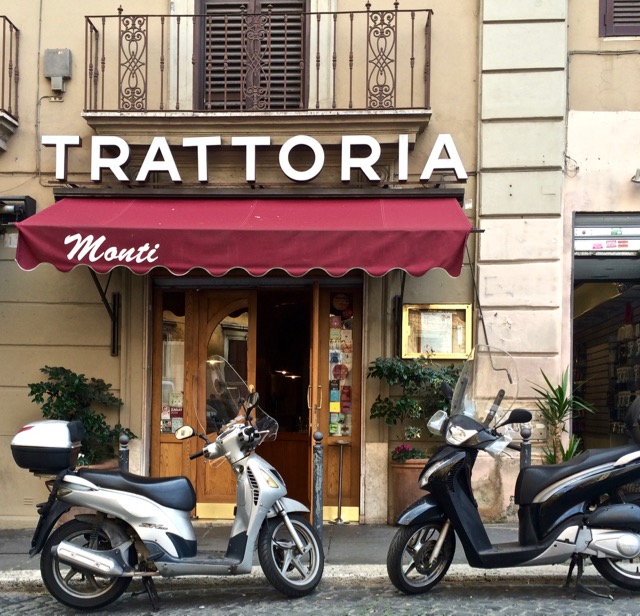 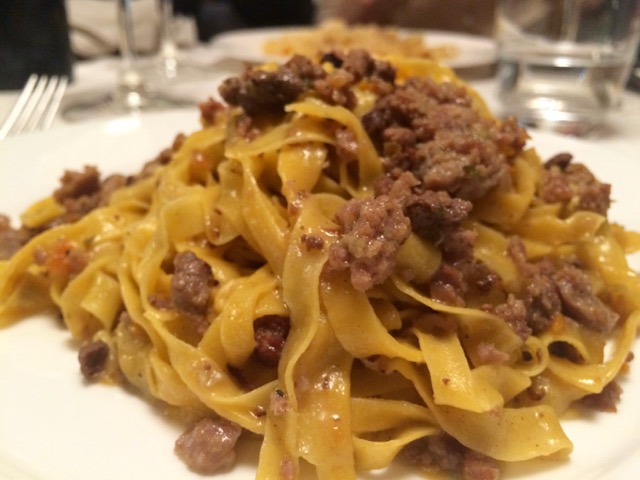 I love to friend mix. Bringing together disparate groups almost always results in new friendships and an interesting time. A few weeks ago Elyssa, my organizer pal, wrote and suggested lunch at a favorite place of hers, La Trattoria Monti. In a happy coincidence, Holly was off-island for a few days and could join us too. It was a virtual United Nations with Americans and Australians in a restaurant in Rome eating cuisine from the little known region, le Marche at Trattoria Monti.

Elyssa is a regular here so we were all treated like family and had the highlights of the menu, which I have to say was almost completely foreign to me, explained in between Instagram snapping and rapid fire conversations.

We began with a plate of fried vegetables, meat stuffed olives, cheese and a speciality of the house cream.

After that it is all kind of a blur of plates, there was a custardy eggy cheese tortino stuffed into a  cabbage leaf, tagliatelle in a meaty ragu, the restaurant's tortello, a giant single sort of tortellini with a runny egg and generous shavings of truffles.

We drank wine grown in the hills near the Adriatic sea, sang happy birthday in three languages and stayed long into the afternoon over coffee. A most happy mix. 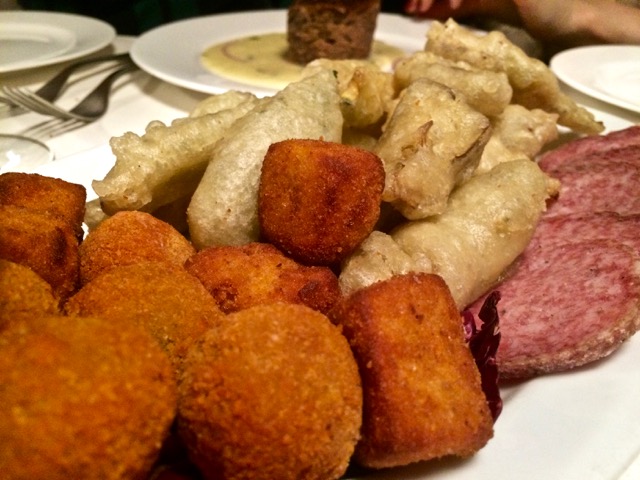 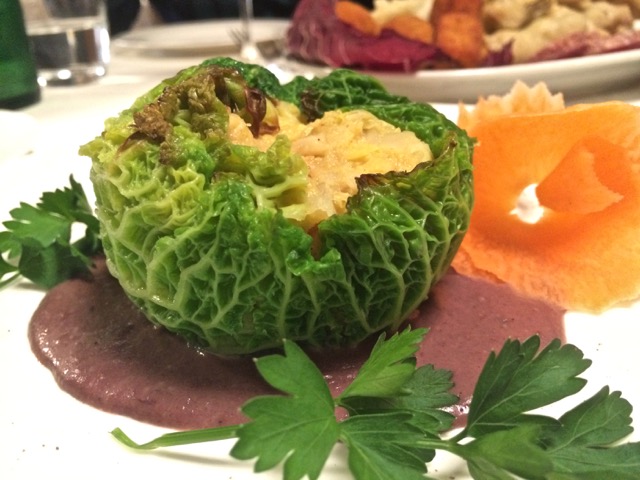 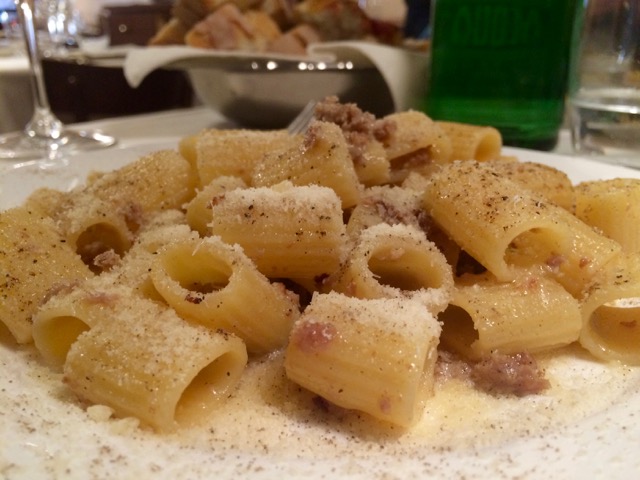 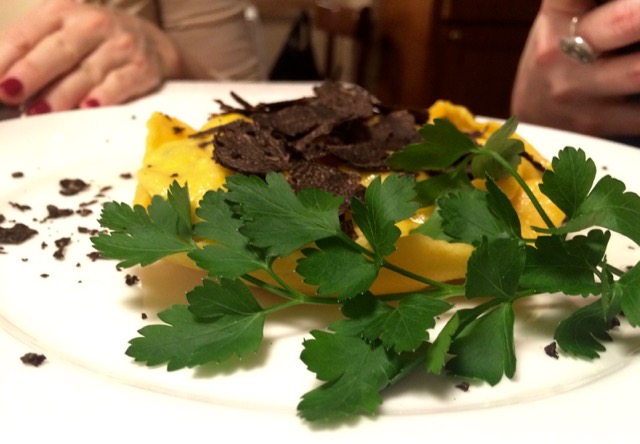 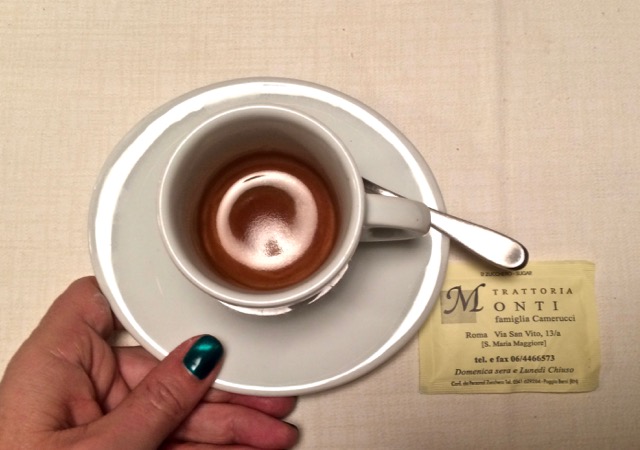 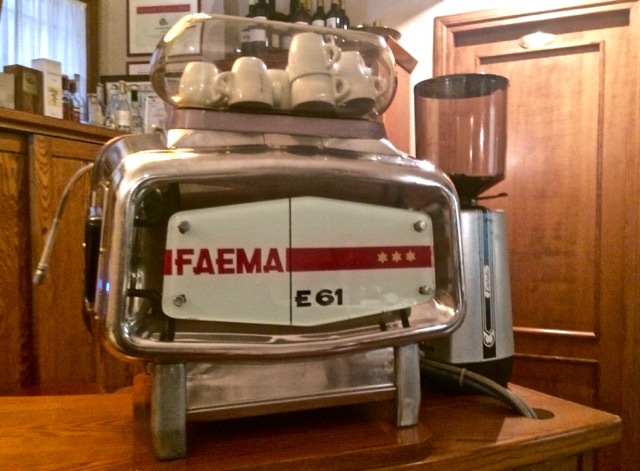 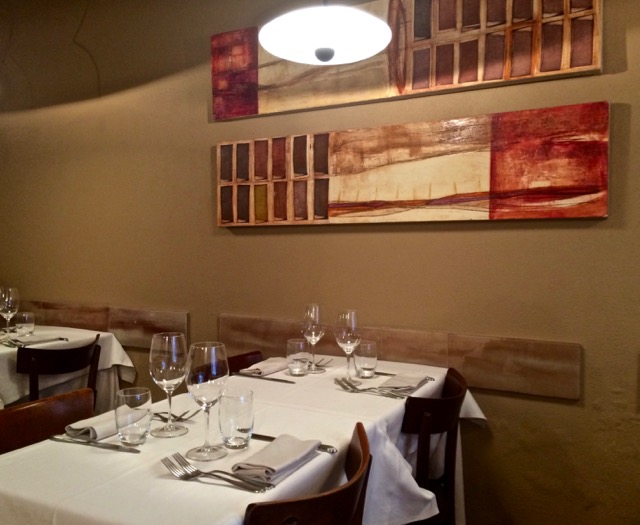