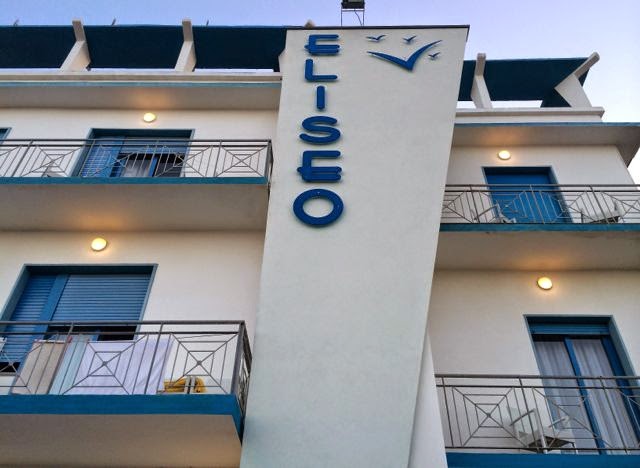 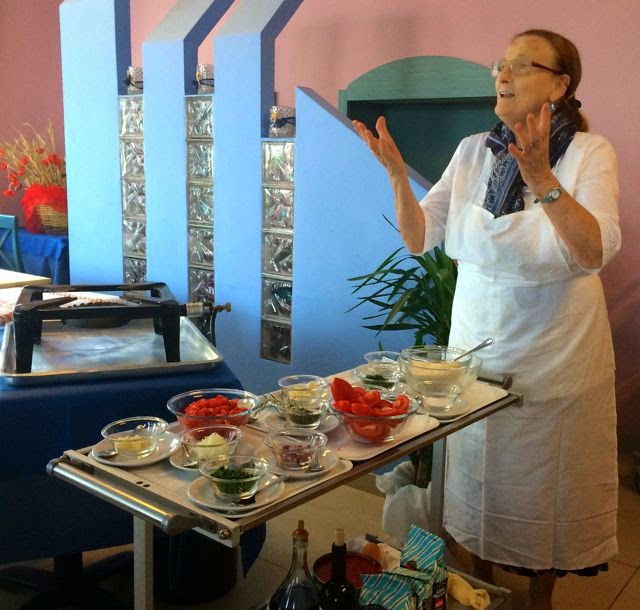 A wise friend of mine once said to me, “I think that Americans misunderstand Italians”

She went on to explain that Americans see Italians as passionate but she insists that that is not really the case. “Italians, she explains, are sentimental”

After a stay at charming Hotel Eliseo in Bellaria Igea Marina near Rimini I think I finally understand what she was saying.

A few weeks ago, my lively Venetian pal, Monica Cesarato, organized a blog tour held over few days at the comfortable family run hotel along the Rimini coast. She promised cooking classes, eating and if the weather cooperated some beach lounging. How could I say no.

Rimini is a buzzy well known destination probably best known for being the birthplace of Fellini and for wide stretch of beachfront that in summer is dotted with colorful beach clubs that throb with activity from first light until late into the evening. Just twenty minutes away along the lungomare is a much quieter version of this fabled locale, found in the town of Bellaria Igea Marina. 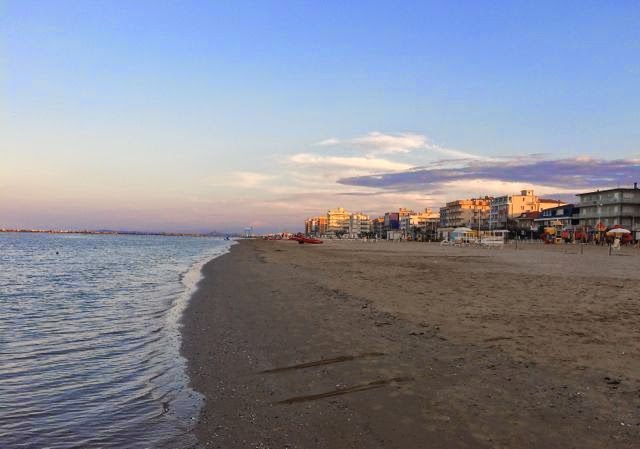 As soon as I arrived after an easy train journey from Rome, I was greeted by Bernadetta Buda, one of the women who own and run the Hotel Eleseo, and whisked to newly renovated market of Bellaria Igea Marina where I met up with my blogger team, local officials and press and best of all, tables filled with a lot of local Romagna specialties. We tried mussels and clams caught just hours before, piadini, the ubiquitous local flatbread, with innovative fillings like fried sardines and pastrami cured salmon. The Villa Venti vineyard was pouring a glasses of cold crisp white and smooth red to accompany this first taste of region. Thankfully we had a nice walk through the marina and a visit to a 16th century Saracen tower because it was almost lunchtime back at the hotel. 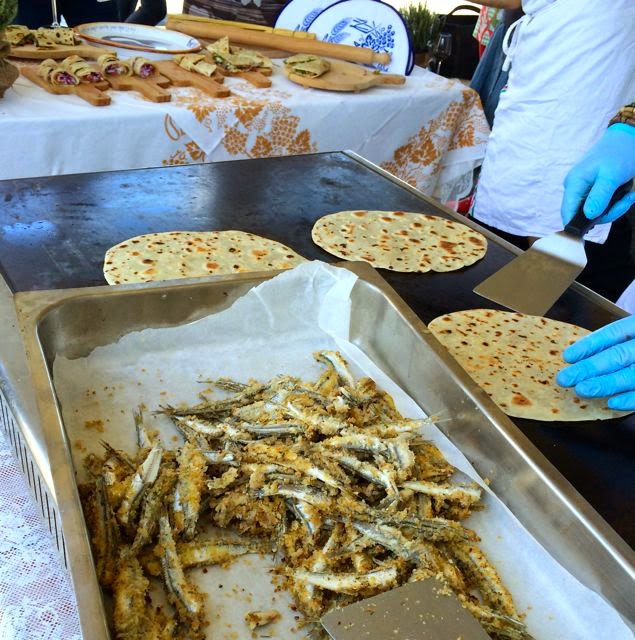 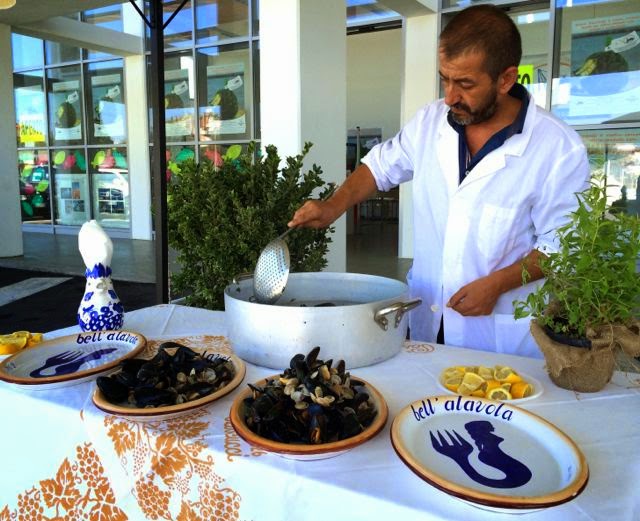 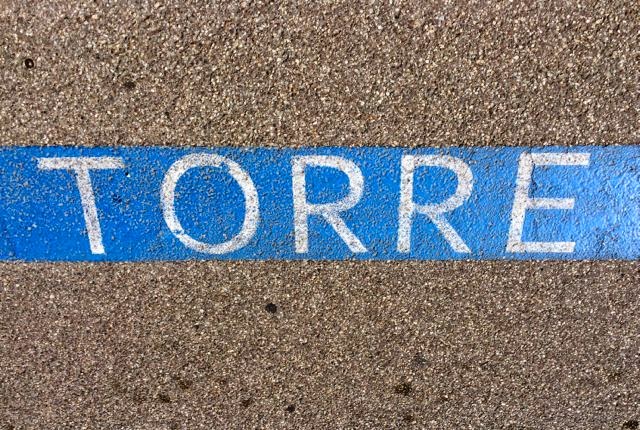 After lunch it was time for our first cooking lesson which was led by the charismatic Nonna Violante, the Italian nonna (grandmother) sent straight from central casting. Full of practical wisdom, sharp wit, a kind heart and some serious cooking skills, Nonna Violante explained the difference between a sharp acidic fresh tomato sauce and it’s sweeter, smoother companion after a few hours over a flame with some carrots, onions and celery and encouraged us as we flagged during the surprisingly strenuous pasta rolling to produce eggy yellow transparent sheets that we then sliced into ribbons of fettuccini. She kept us on task as the food we were preparing was for an important dinner that was planned for that evening. 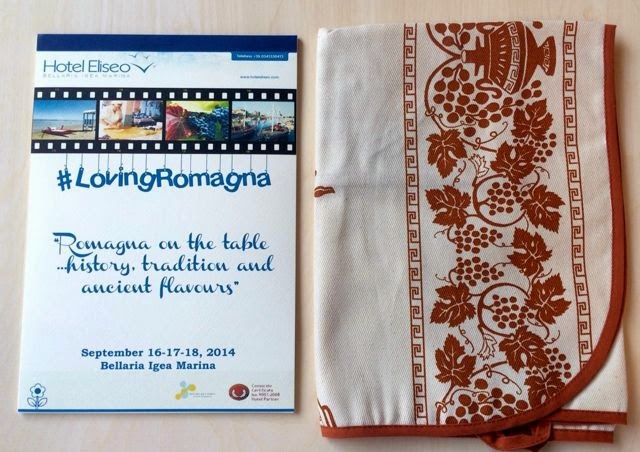 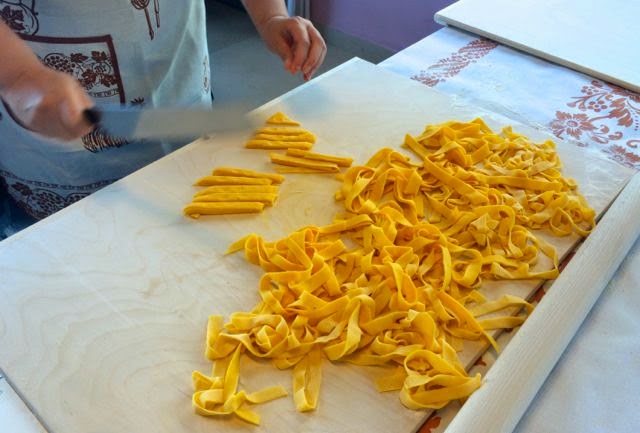 I hadn’t really been paying attention to all of the activities that had been planned for us. (This is a wonderful byproduct of a well organized blog tour) I did know there was a big dinner planned, but not much more than that. The evening was filled with music, dancing and heartfelt speeches and this being Romagna, a lot of food and wine from the local Zavallone vineyards.

The next morning after coffee, Monica, her husband Chris, and I decided to to make the most of the mid September sunshine and mild temperatures and crossed the street for a beach chair, no umbrella needed. 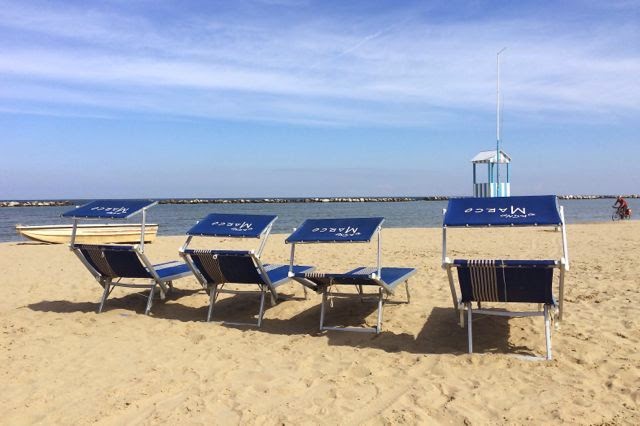 The rest of our time was spent in a few more cooking classes, many plates of pasta and fresh fish and traditional desserts, long walks along the quiet beach and exploring the town of Bellaria Igera Marina shopping for hand stamped linens, sweet Cervia salt and cast iron piadina pans.

On the last evening, we took a short drive for a moonlit tour of the pretty town of Santarcangelo di Romagna where we visited the towns famous grottos, spotted an errant hedgehog and had quick spin through the fascinating button museum. Santarcangelo is classified as a “cittaslow” that is filled with fashionable shops, pretty piazzas and lively cafes.

There is a lot of talk on blogs and at cocktail parties about travelers versus tourists and looking for an authentic italian experience. That idea can be translated into as many different things as there are villages, towns and regions as there are in Italy. The women of Hotel Eliseo, Nona Violante, Mari Bernadetta and Maria Regina are national treasures holding court in a quiet, peaceful part of Adriatic coastline. There is an ease and friendliness to the place in general and the Hotel Eliseo in particular. There is an enviable pride and passion about their history and their food culture that was shared with generosity and heart that only family can impart. 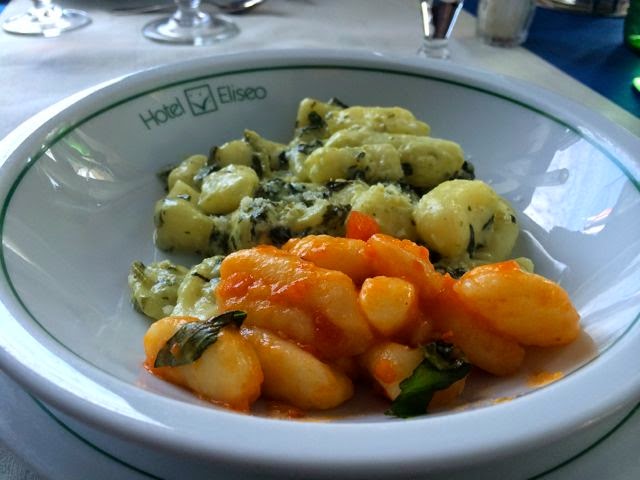 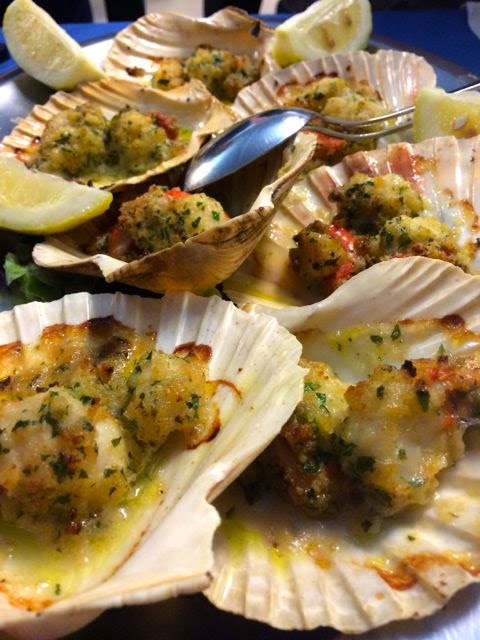 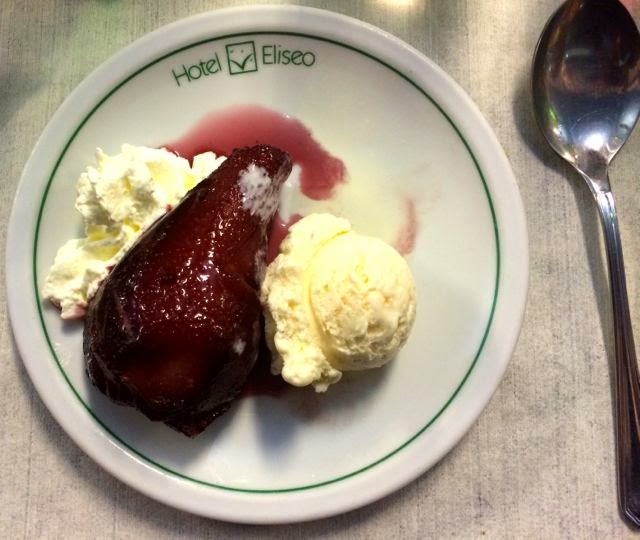 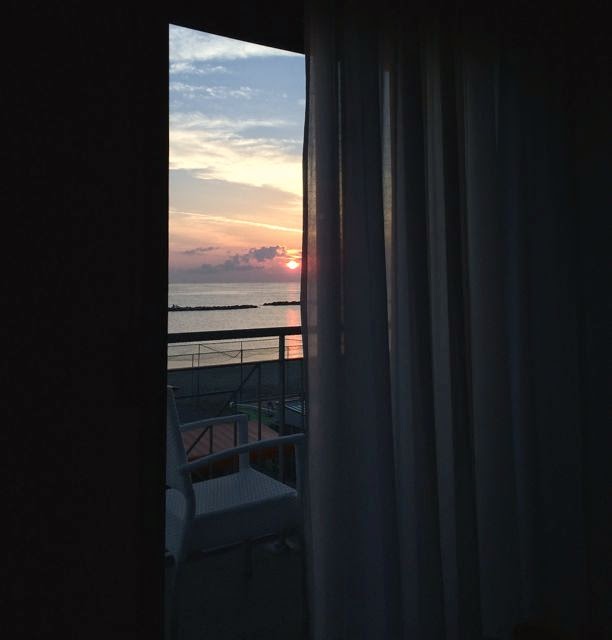 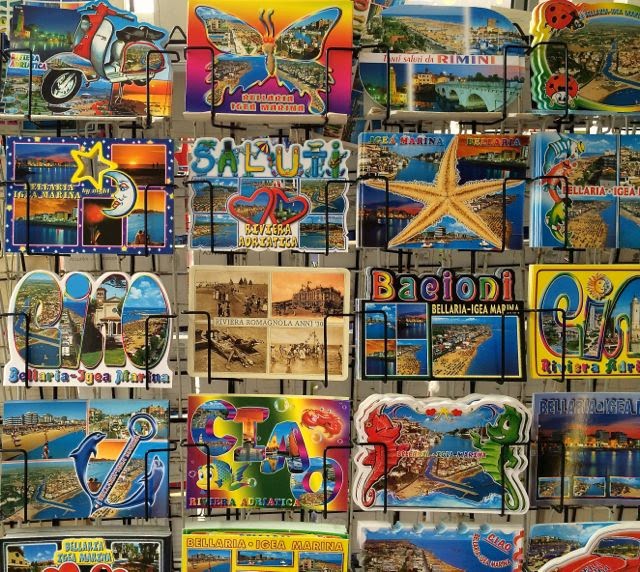 My stay in Bellaria Igea Marina was hosted by the Hotel Eliseo.