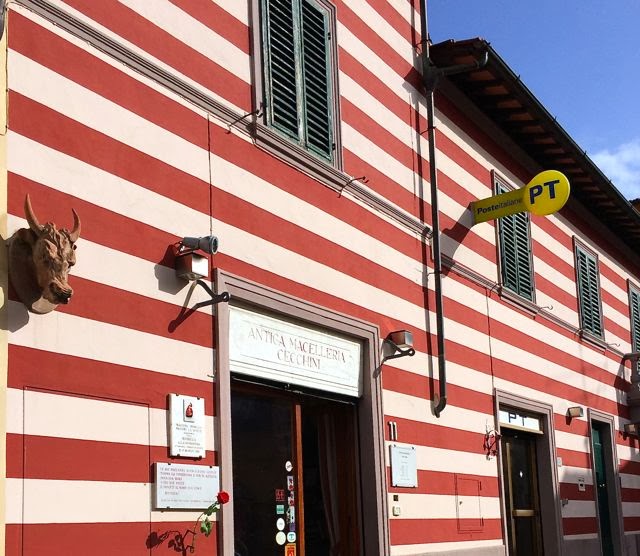 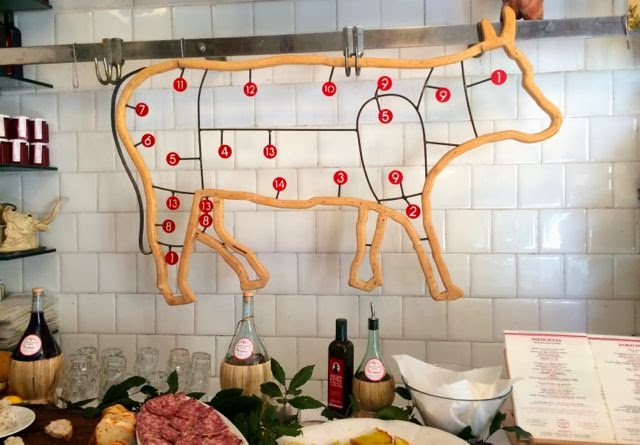 I had been hearing about the legendary Dario in Tuscany for years.  I read Heat written by Bill Buford during my first years living in Rome.  I followed Judy's tales of her brash friend. The one who is famous for ferociously quoting Dante and lavishly butchering meat in a tiny Tuscan town in the hills of Chianti.

We were in Tuscany for a few days in February and staying nearby to Panzano de Chianti.  Beyond the butcher there are three other choices to sample Darios's wares.  Officina della Bistecca,  Solaciccia and Dario Doc.  Not wanting to brave the winding roads on a stormy night and sadly not being in Tuscany for a s sunday lunch we did not get to try Officina della Bistecca with it's 50 fixed price beef extravaganza.  Guess what, we chose the hamburger restaurant.

First we paid a visit to the butcher shop. The bright red stripes and a small crowd drinking cups of wine in the slim shard of sunshine is how you know you have found the right place.  At noon the butcher shop puts out a small spread with salami, bread, wine and a giant bowl of Burro di Chianti-Chianti Butter which is outrageously delicious herbed pork fat. There is a festive atmosphere as you browse and nibble the proffered snacks. I bought jars of wild fennel pollen, spicy mustard and the legendary Profumo del Chianti to take back to Rome.

Dario Doc is on the other side of the butcher shop and has two long communal table and walls filled with books. Cut-outs of Dario in orange crocs and a red cape hang from the beamed ceiling. We started with crunchy vegetables that we dipped in salted Tuscan olive oil and moved onto the rare burger served bun-less with a side of fries. A strong cup of coffee with a small slice of pound cake was a nice finish to the meal and the second round of the lunch crowd rolled in.

It is well worth the short drive (or healthy hike) up to the town's church of San Leolino, the oldest in Chianti. The facade looks like a carved cameo. There is also a lovely lookout over the Chianti vineyards and hills. 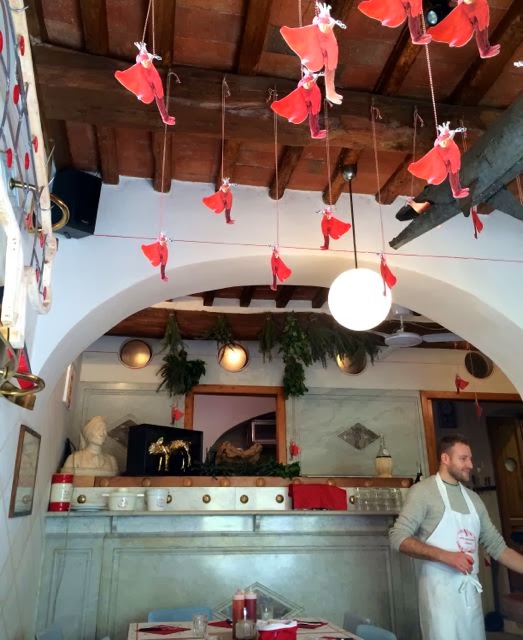 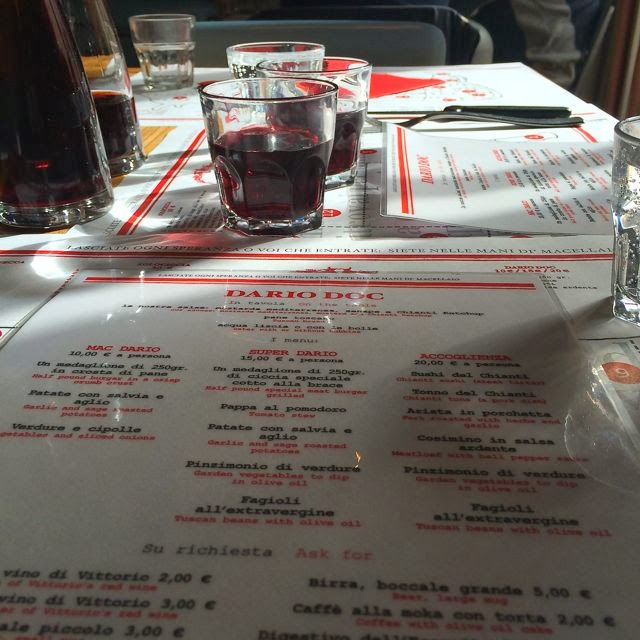 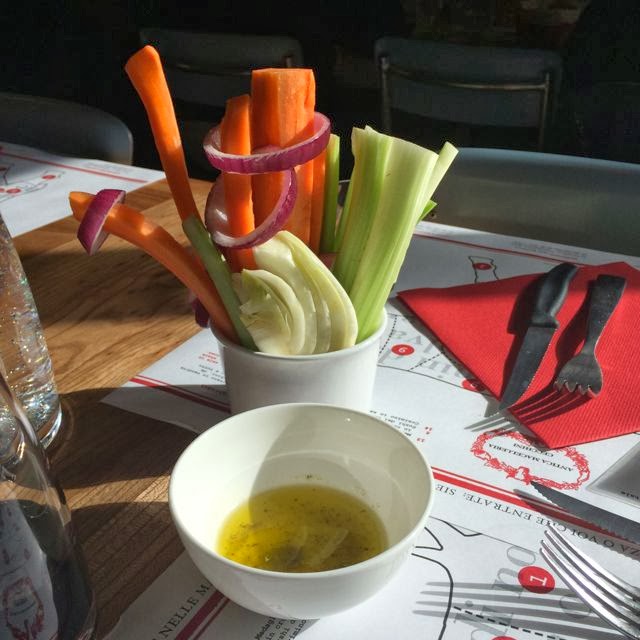 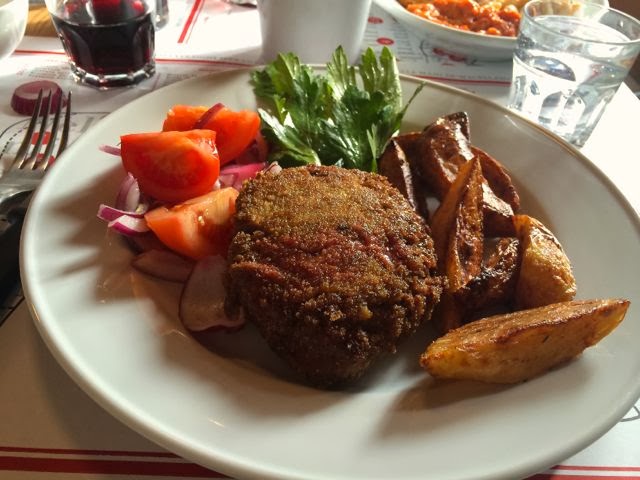 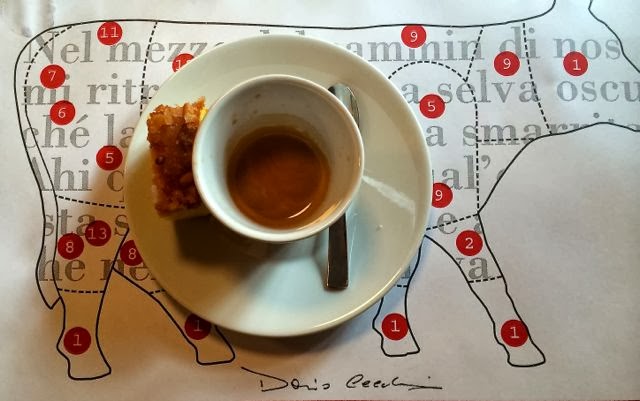 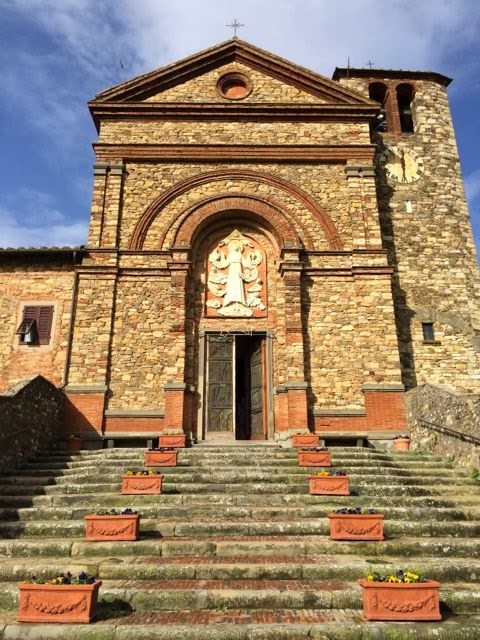