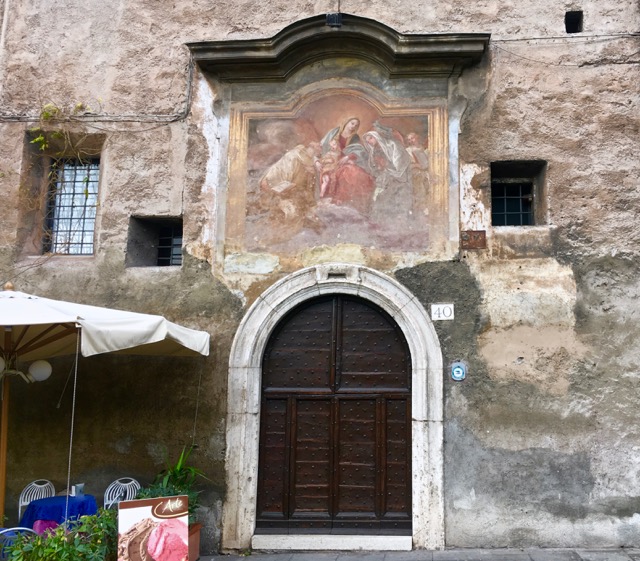 Italians in general and Romans in particular get a bad rap when it comes to driving. In my opinion they are actually far more skilled than the average American driver, there is just a little more flair and emotion involved.

Did you know there is a patron saint that looks out for all those Roman drivers? Her name is Santa Francesca Romana and her feast day is March 9.

In 1925 Pope Pius XI declared her the saint of drivers because she was said to have an accompanying angel that always lit her path when she traveled.

Santa Francesca Romana is one of my favorite saints and the monastic order of Oblates (which means they do not take religious vows, but still live a life of prayer and service) she founded in 1433 still operates. The doors to her very lovely home, the Torre de'Specchi, are open only one day a year on her feast day, March 9. The frescoes inside are breathtaking and the relics are that mix of creepy and beautiful that I love.

There is also usually a mass where one of each of Rome's public services brings a vehicle to be blessed in the ceremony. I have seen it next to the Colosseum and along the via For Imperiali. Sometimes it happens on the feast day or sometimes on the Sunday closest to March 9. Check the Automobile Club Roma Facebook page for up to date details.

The church dedicated to Santa Francesca Romana near the Colosseum and the Roman Forum is open year round. Look for the stairs near the main altar and head downstairs to see where her body is displayed in a glass shrine. I found the slippers on her skeleton feet somehow very sweet and touching. Also of note are two stones said to bear the marks of the apostles Peter and Paul's knees.

If you are in Rome on March 9, join the line at the Torre de'Specchio that snakes up towards the Campodoglio and don't forget your car keys! 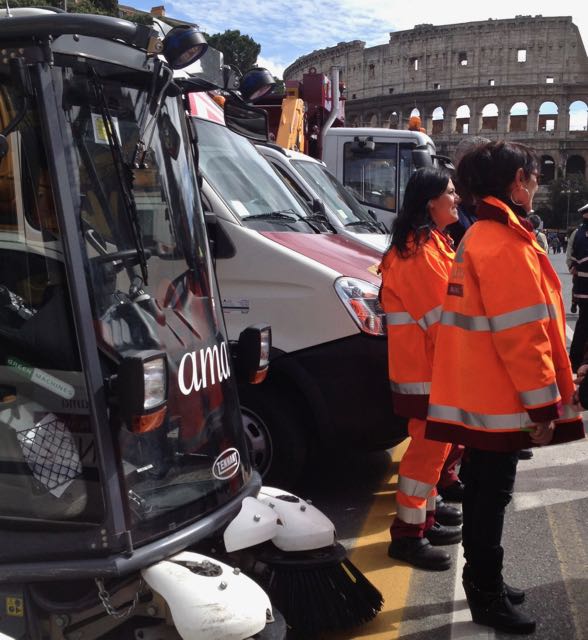 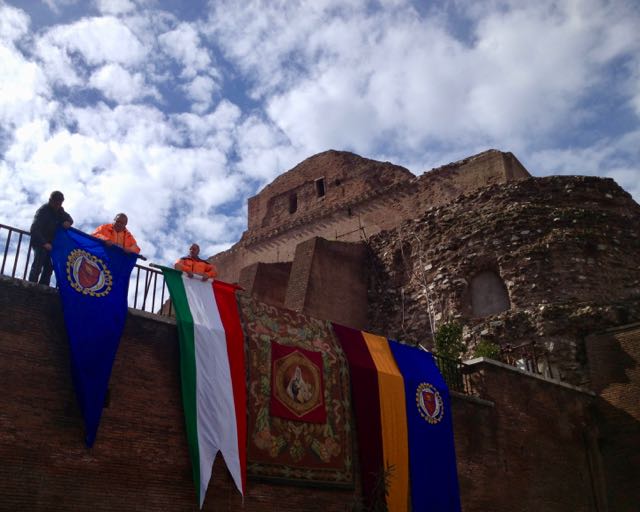 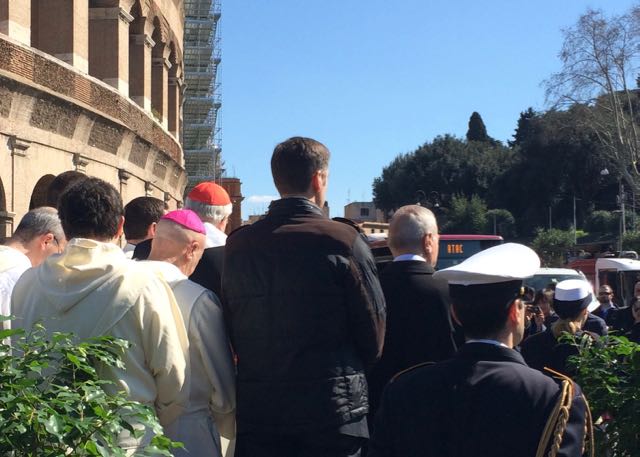 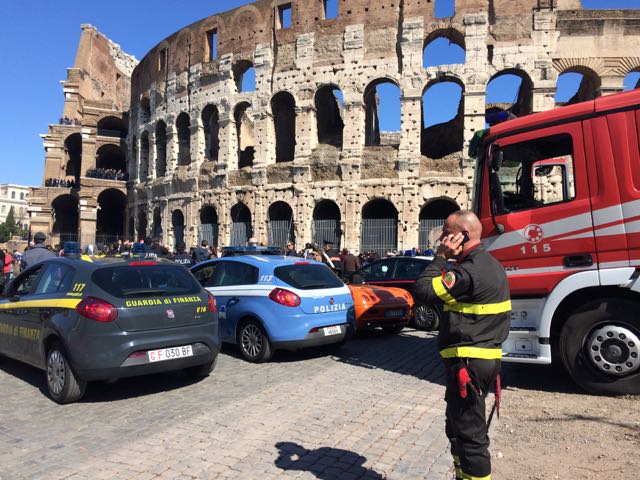 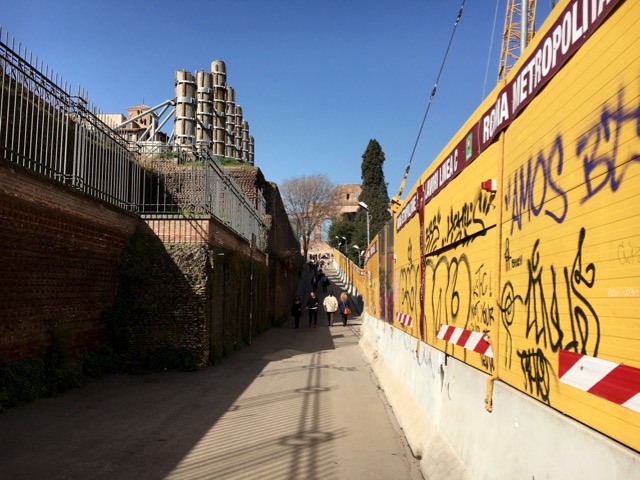 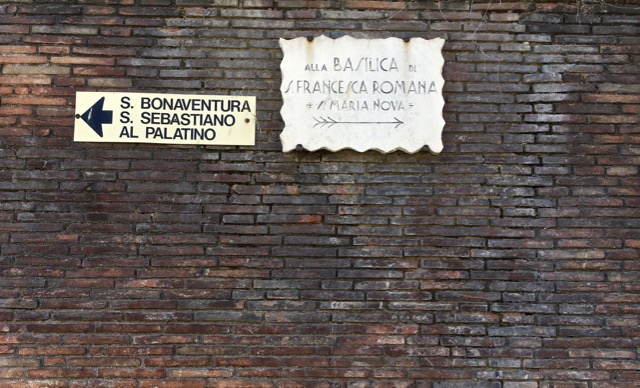 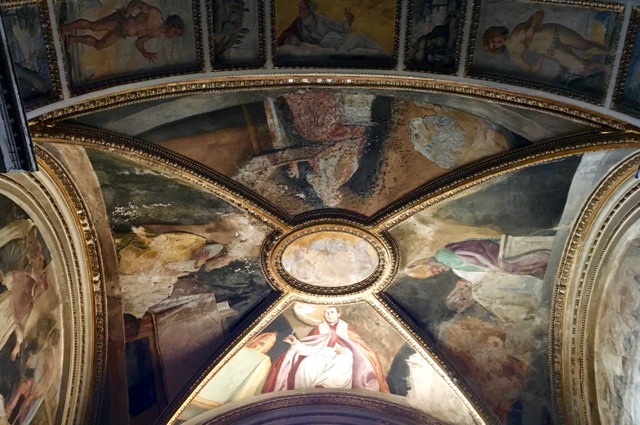 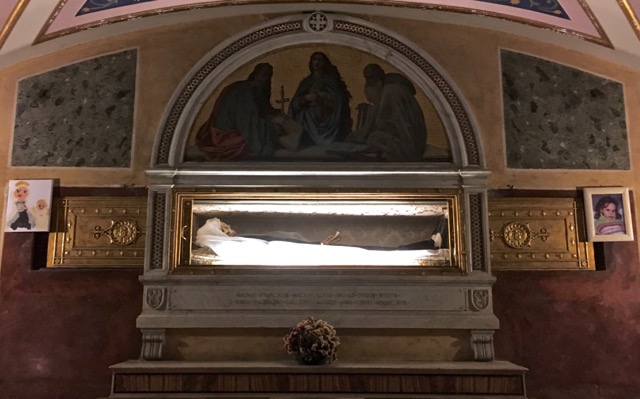 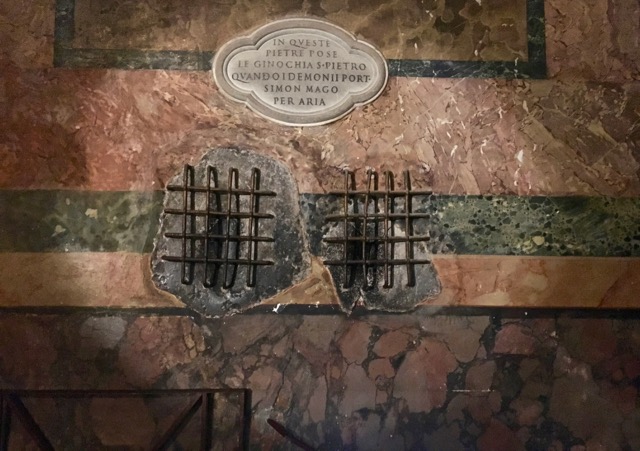 Labels: How to be Roman rome