Postcards from a Secret Rome 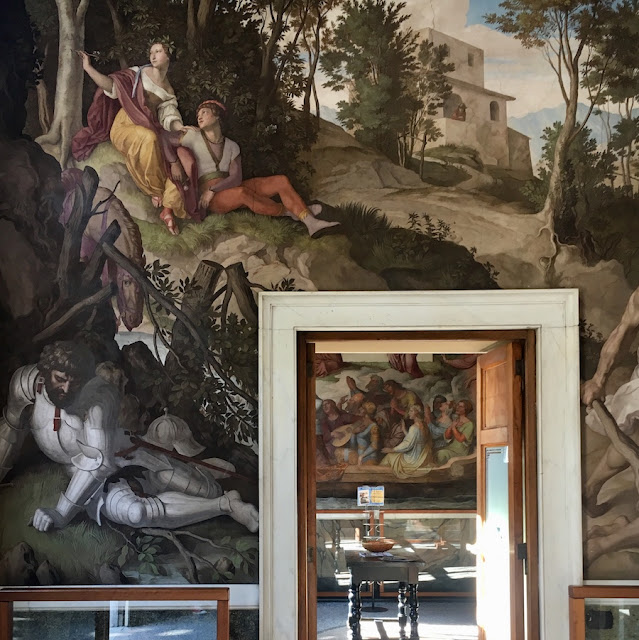 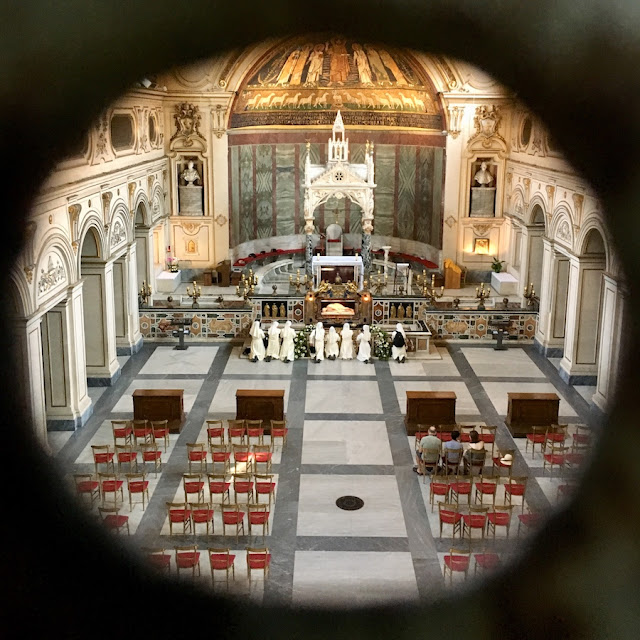 It sounds uninspired to say but Rome really is an extraordinary place. The city is home to some of the worlds most important and revered sites. The Colosseum, the Vatican Museums and the Trevi fountain are the overachievers. The ones that get all the attention and crowds. Rome is also full of secret places. Treasures to be discovered. Sometimes lost in all of the discussions right now about over tourism is practical things you can do as a traveler. My suggestion is to add something unusual to your list of must-see places. I promise you will not be disappointed. The easiest way to dig deeper is to book a tour with a local tour company that works with registered guides. That way you are guaranteed an experience with people who live here and know and love their city,

This past June I was invited by City Lights Tours, together with Global Postal Service to experience their private Secret Rome Tour.  The day of the tour was one of the hottest days ever recorded in Europe. When I woke up the day before on the island of Ponza and checked the weather I seriously questioned the decision I had made to leave my island idyll and come back to the city. I needn’t have feared. We were whisked to six different places all over the city in an air-conditioned van. 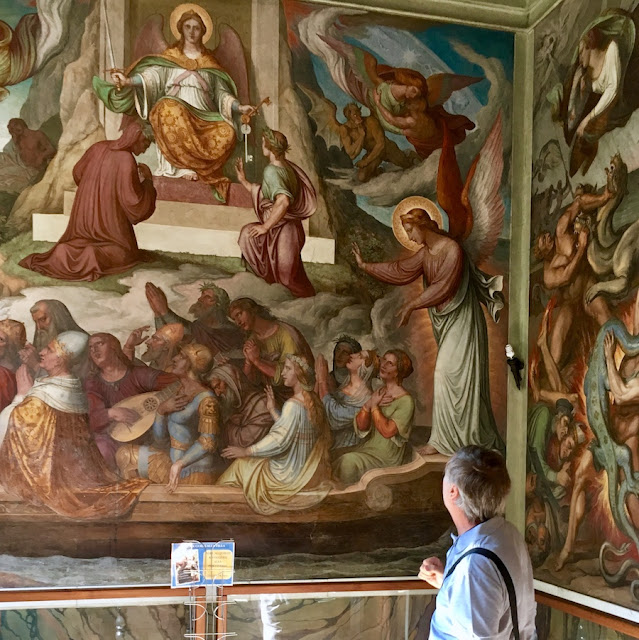 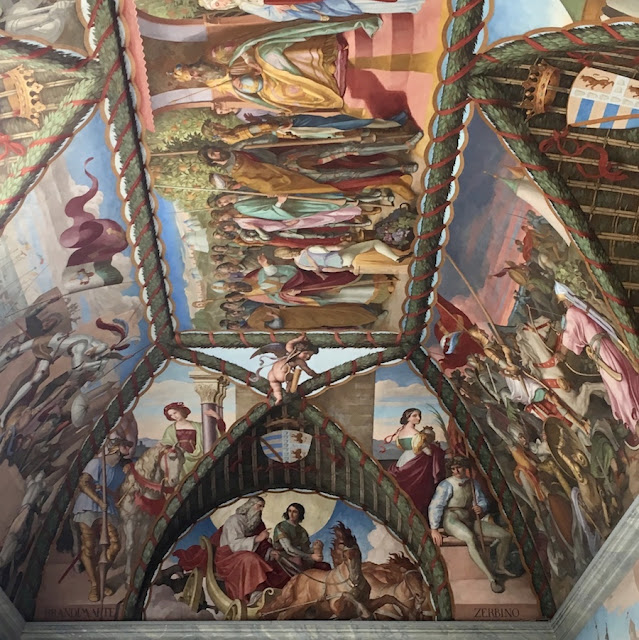 Our first stop was an unusual decorated villa near the Scala Santa and the via Merulana that I had always just assumed was a private something. I was partly right. The fellows of the German Academy live and work in apartments on the grounds but the Mannerist style villa that was built in the 1600s is open to the public a few days a week. Three ground floor rooms are filled with frescoes painted in the 1800s by the Nazarenes, a collective of German artists that were inspired by the Italian Renaissance. The frescoes subjects are based on the epic poems Orlando Furioso by Ludovico Ariosto, Torquato Tasso’s Jerusalem Delivered by and Alighieri Dante's Divine Comedy. 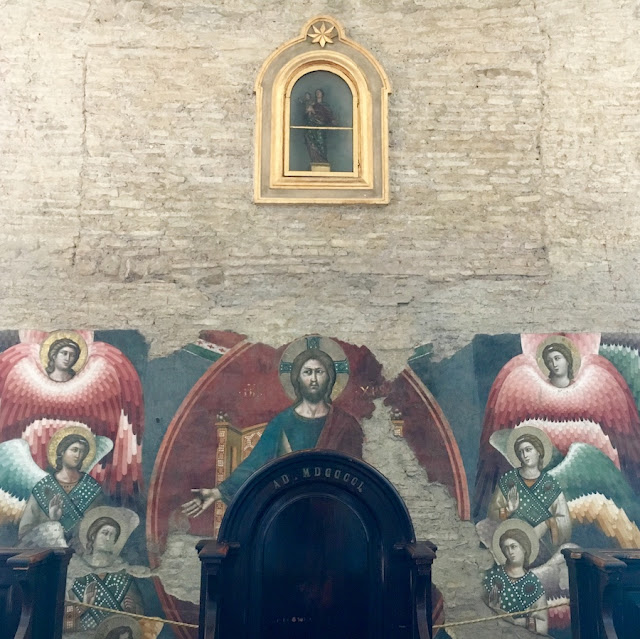 One of the things I love about Rome is the historical mish-mash. Ancient, Renaissance, modern it’s all a jumble here leaving you to pick to apart and decipher what you are looking at. I visit the Basilica di Santa Cecilia in Trastevere pretty often. The church is on my way home from yoga and Cecelia is the patron saint of music so if I am missing my boy I stop in and light a candle in front of the moving sculpture of the young martyred saint. The church itself is not particularly beautiful. An uninspired 18th-century renovation overpowers the crypt beneath the church and almost completely erased another rarely visited treasure. On the upper level of the church Pietro Cavallini’s fresco cycle of the Last Judgement has been chopped in half but what is left is extraordinary. The pastel chevron pattern on the angel's wings is arrestingly modern. 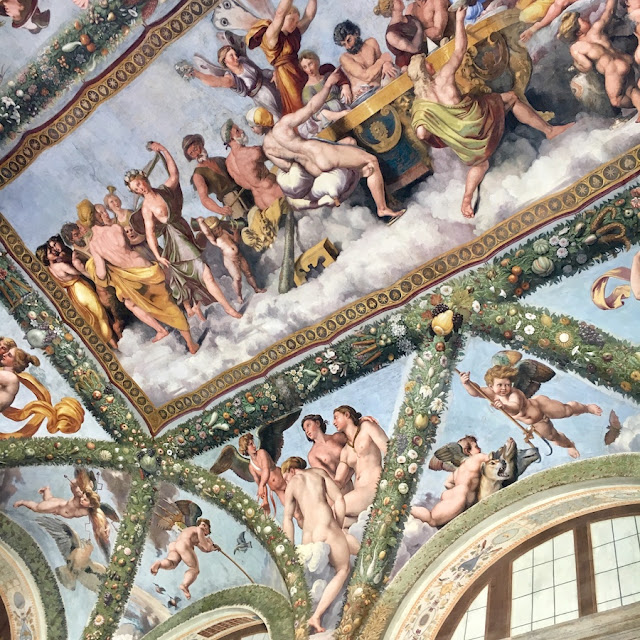 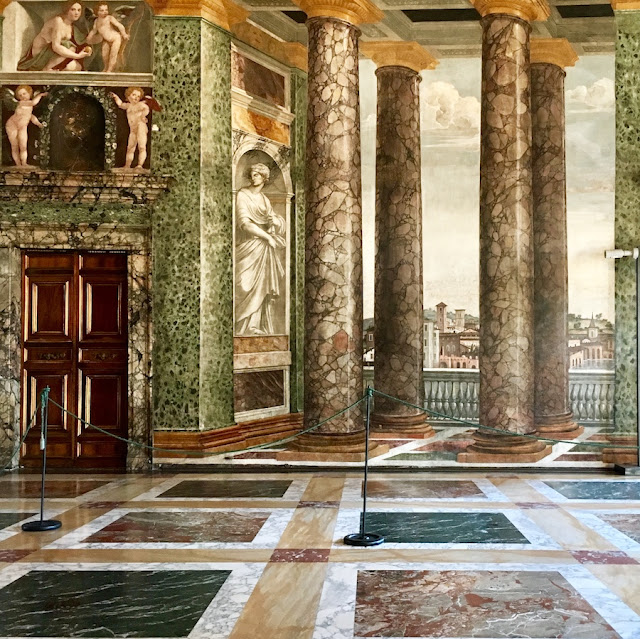 The Villa Farnesina is along a straight stretch of road that links Trastevere to the Vatican. Built on top of an ancient Roma villa along the banks of the Tevere river this was the home of first of Agostini Chigi and later the Farnese family who had it filled with multi-hued frescoes paired by Rafael. The most famous is the loggia painted by Raphael.

It is fun to take a seat in the enormous salone and pick out the different fruits and vegetables painted into the leafy borders on the ceiling.

I love the rooms upstairs, particularly the ones that play with perspective matching the marble floors you are standing on to the ones in the paintings by Baldassare Tommaso Peruzzi. 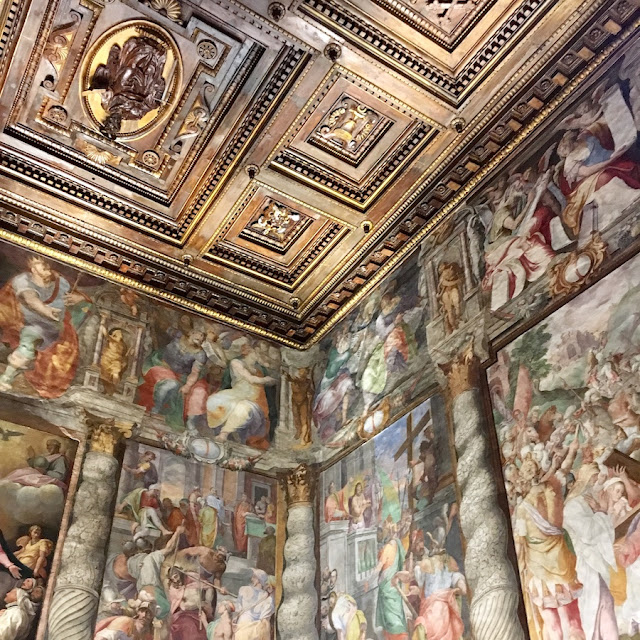 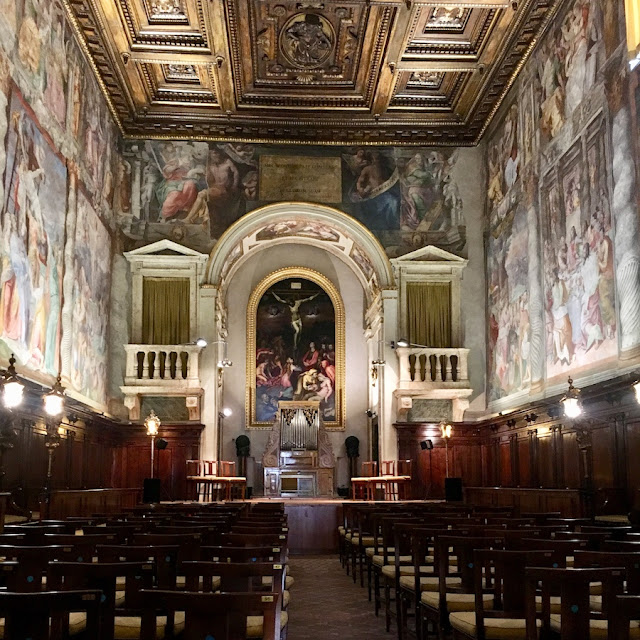 Tucked away on a side street off the grand via Guila is a locked green gate. The Oratorio del Gonfalone is another Mannerist masterpiece, in fact, it is sometimes referred to as the Sistine Chapel of Mannerism. The walls are filled with frescoes depicting the Passion of Christ and Prophets and Sibyls and the ceiling is wood carved with images of Rome’s patron saints Peter and Paul with a Madonna dominating the center. The work was commissioned by Alessandro Farnese in the late 1600s. 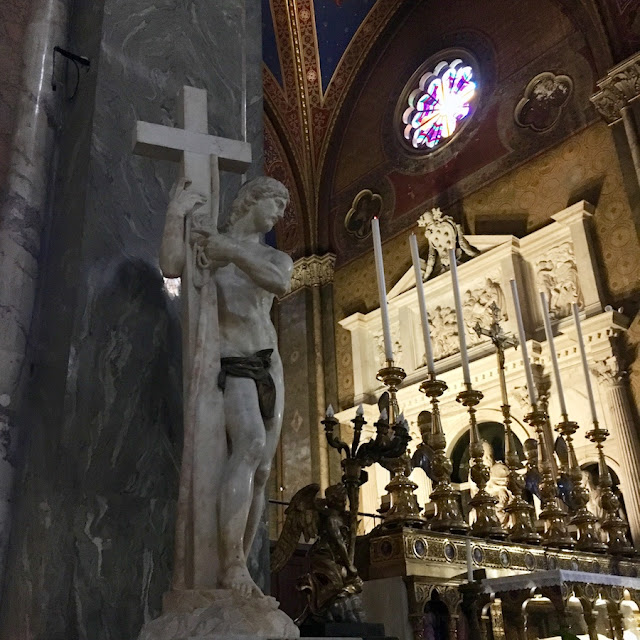 This church is not a secret at all. It is right behind the Pantheon and the charming and beloved elephant statue created by Bernini stands right in front. Past the Carafa chapel with its Lippi frescoes and the glittery vaulted ceiling is a statue on the left side of the main altar. You have to pay to have it lit so it is almost always slightly hidden in the shadows, it’s white marble blending into the background. It is easy to overlook. This statue of the Risen Christ carved from a single block of marble is by none other than Michelangelo. 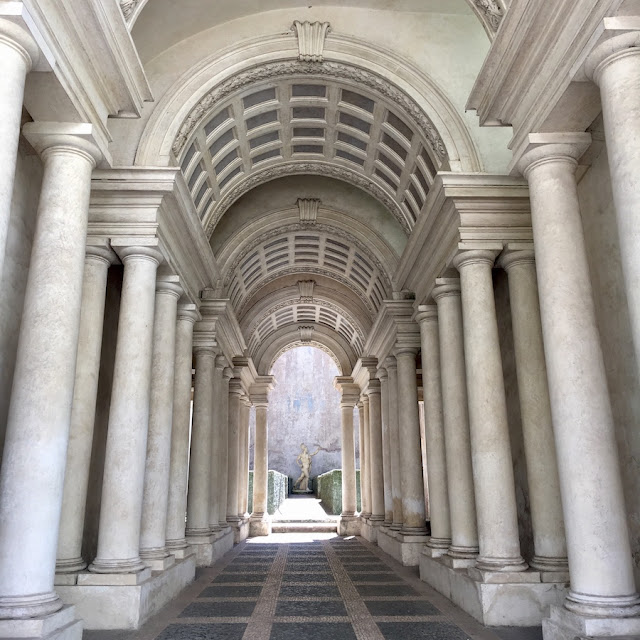 I have been to the Galleria Spada inside the Palazzo Spada a few times. I was there just a few months ago with some visiting friends when the orange trees were blooming to pay a visit to the Artemisia Gentileschi. The small art collection of Cardinals Bernardino and Fabrizio Spada. is varied and delightful and you should absolutely make time for it. We were there to see one thing. The Borromini Colonnata.

The Perspective Gallery trick is always a surprise and a delightful. I love to bring first timers here and explain the real dimensions and watch the disbelief as they try to work out what they are looking at. This time I had one of those only in Rome magical moments. The security guard appeared and ordered us all to put down our camera and watch.

He stood at the entrance and spread his arms wide coming nowhere near being able to reach as he wiggled his fingers towards the marble columns on either side. As he walked away from us the illusion dissolved before our eyes as the slope of the ceiling and scale of the columns became obvious. It was a true Grande Bellezza moment.

Global Postal Service has a new app called PEM (#PosttheEMotions) that you can use to send postcards to your friends and family directly from your smartphone.